Like a giddy 5 year old, I stepped out onto our (really) tiny terrace and noticed some glows happening down in my landlord's garden.... FIREFLIES! I literally went inside and out the front door to catch my first firefly of the year! I caught one very quickly and brought it in to hopefully put into a vessel, photograph, and let him go. Definitely a him- only the boys fly and light up, the ladies sit in grasses and bushes and glow. Anyway, of course, in typical 5-year old fashion he got away from me, he flew up and around my kitchen and I failed many times to capture him (you'd think this shouldn't be hard). I gave up and figured, oh well, he is out and hopefully the cat will not find him.
When I was a kid, I always caught fireflies, rummaged through the recycling bin, grabbed a bottle, poked holes in the lid and filled it with some fireflies. Probably some very frustrated male fireflies who just got you-know-what-blocked by a little kid. Anyway, those frustrated fireflies escaped one night and I recall my mother saying that my jars were no longer permitted in the house, they'd have to stay outside. And this moment in my life is going through my head, as I am standing on chairs in the kitchen, trying to catch a firefly.
Three hours later, I walk into the kitchen, and there he was, crawling up the wall. I caught him, got him into a tupperware, got my pictures and let him go. He gave me a glow as he went off into the night, perhaps a goodbye, or a firefly cuss of sorts for my failure in getting him stuck in my kitchen.
Anyway, the fireflies are out here in the North East. Enjoy the show while it lasts, I absolutely love these little insects!

Not going to lie, I have been exhausted lately. Camp has started up at work and dang, those kids are full of energy! We also are doing a longer camp day than last year, so that also has been exhausting - this resulted in a weekend of napping and laying around, since the heat was on outside.
I did walk out onto our (tiny) terrace, where I have all my herbs growing and noticed a perfect little orb web with a tiny spider smack in the middle. He appears very happy, the pattern on his-- or her-- abdomen looks like a happy grin. I hope this spider makes itself comfy, I do love them and hope he catches all the mosquitoes that try getting into our home.

It's Father's Day and I am so thankful for my dad, he fostered my love of animals and let me take what I love and really run with it. One of the things he allowed me to do, as I got older (around the time I was in Middle School) was to go to Eisenhower Park to photograph animals. He would give me his Kodak Advantix camera- the one where you could take panoramas- loaded with film and let me roam the park while he went for a run and we would meet up 40 minutes or so later when he was done. I would just go and take pictures of the horses at the mounted police barn, geese on the pond, squirrels that I would toss peanuts to, and really that was about it. I'd try to look for the hawk that flew around and would get super excited when I saw it. Then my dad would take the film with him to work and drop it off at the photo place and get it developed. There was something really exciting about seeing your photos after having to wait, as opposed to the instant digital world of cameras today. I remember him letting me do this so well, I felt like an explorer and he let me do these really nerdy things. And I loved it!
So on this Father's Day I found myself in Eisenhower Park picking up my dad's gift - the man really loves golf, so I had to get him the most useful thing for him - a golfing gift card. On my way back to the car I got distracted by a baby cottontail rabbit and decided that a quick walk into the park wouldn't hurt.
I went to the Veteran's Memorial and down to the pond, where I saw not a single trace of waterfowl, which kind of made me sad. What's pond without at least one goose or mallard? Well, I did still see some cool birds... 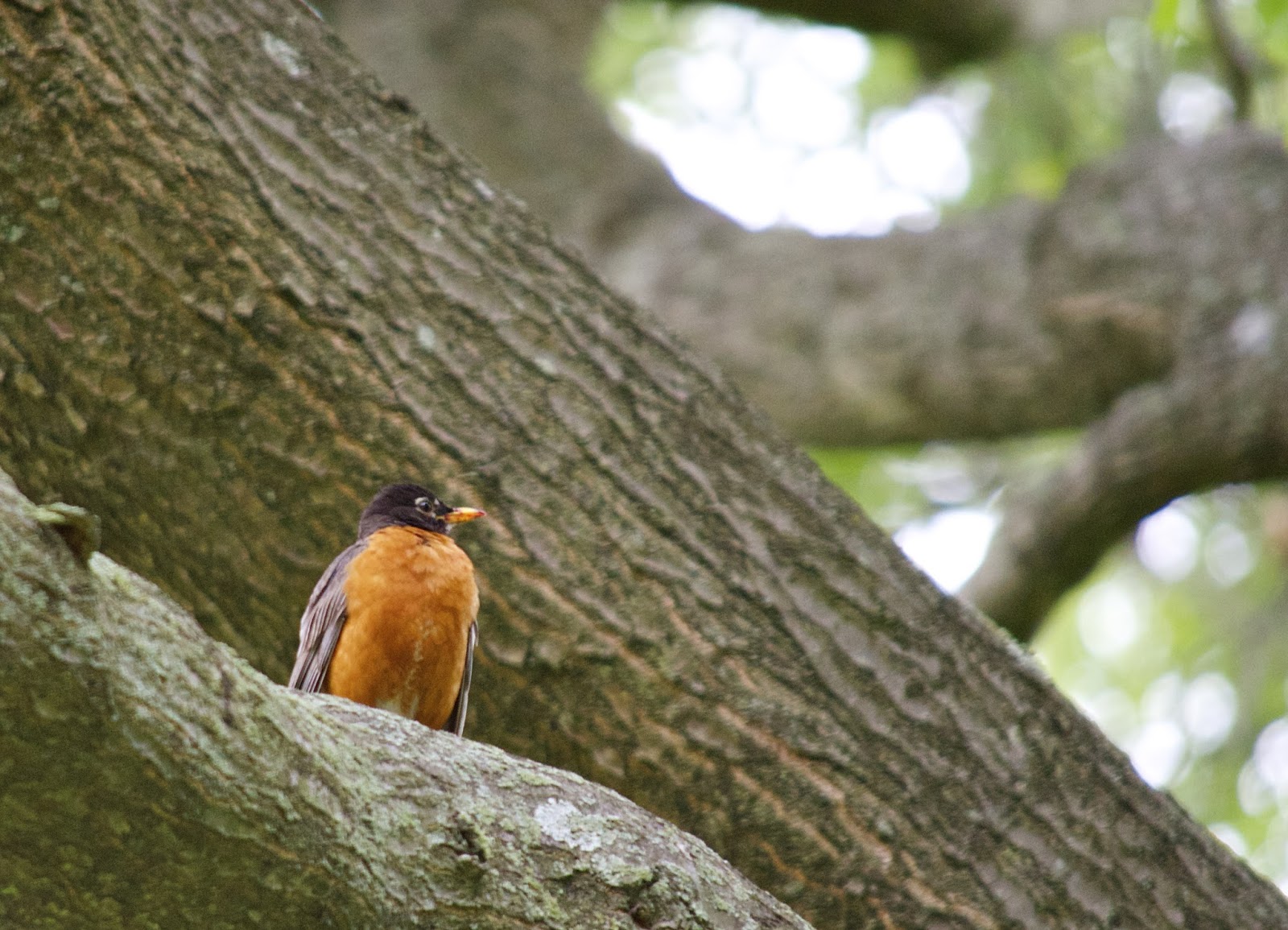 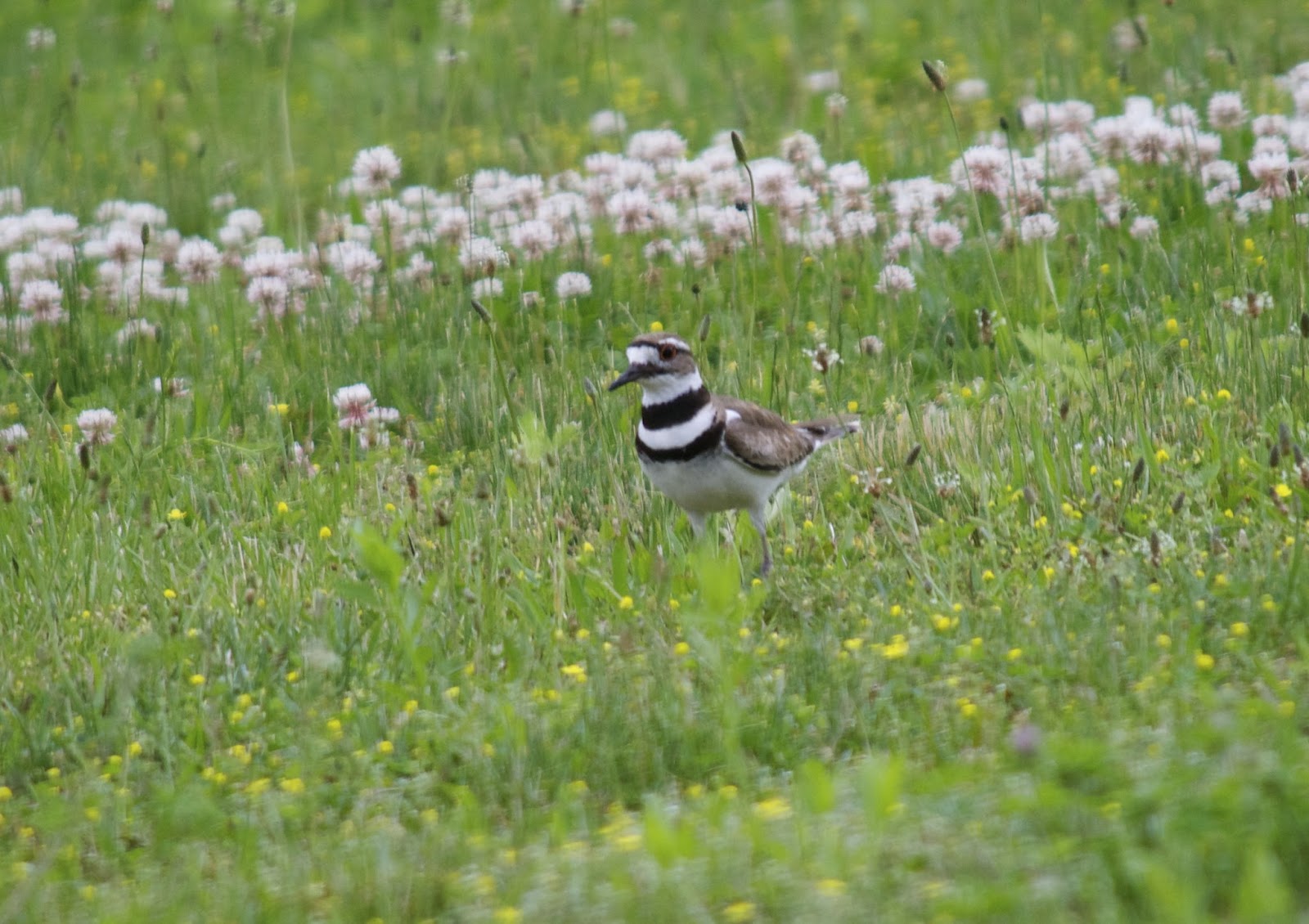 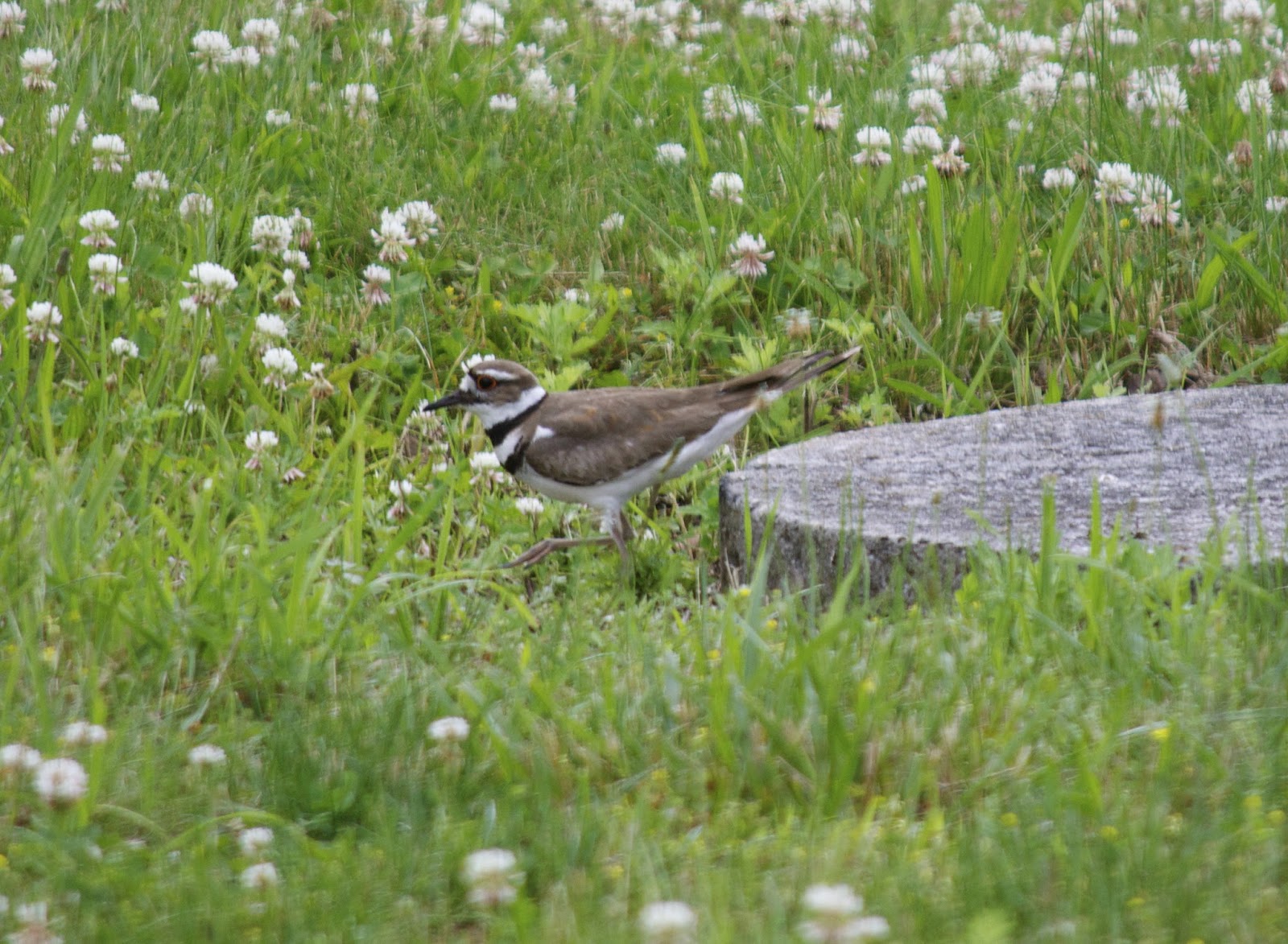 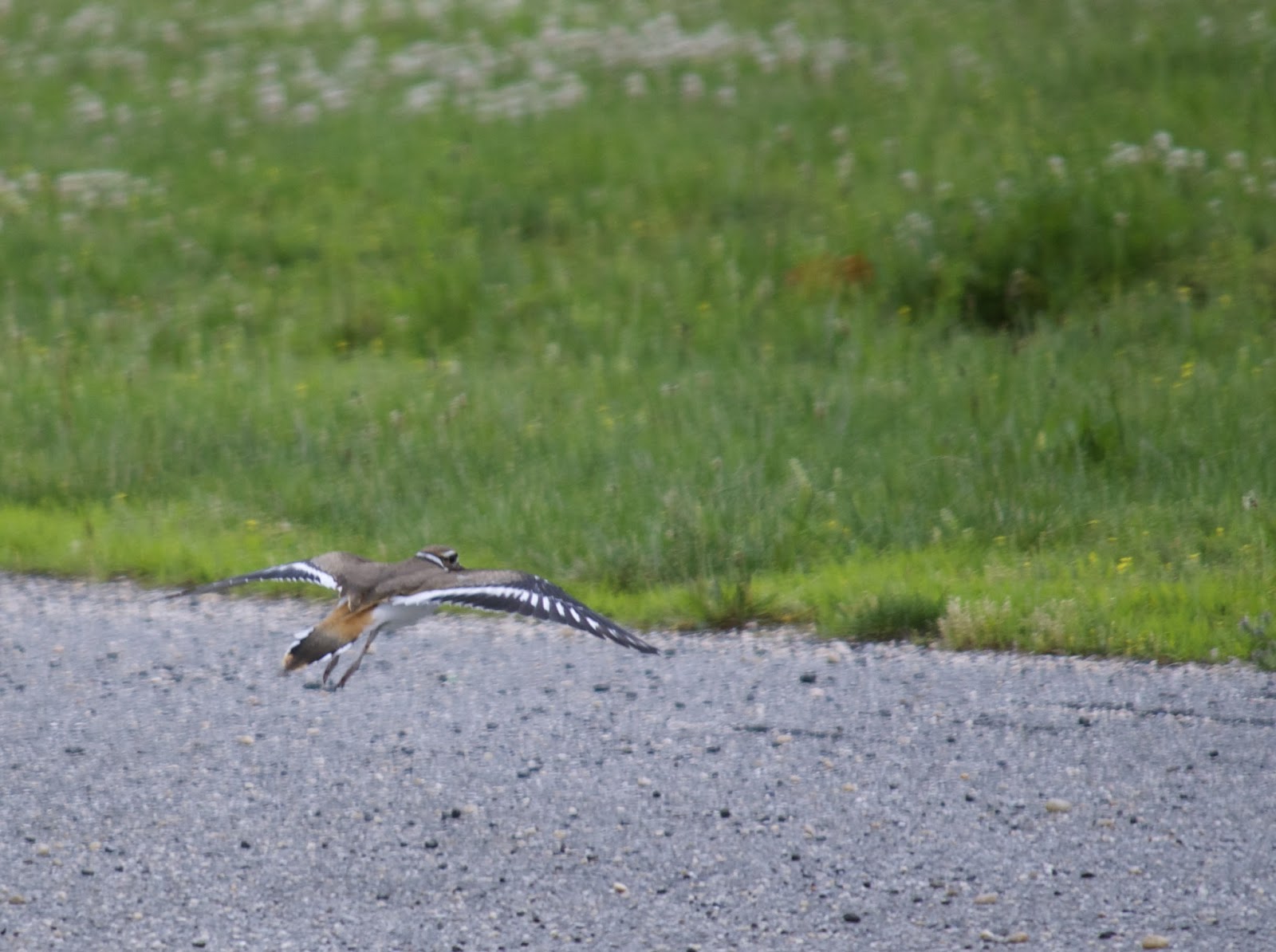 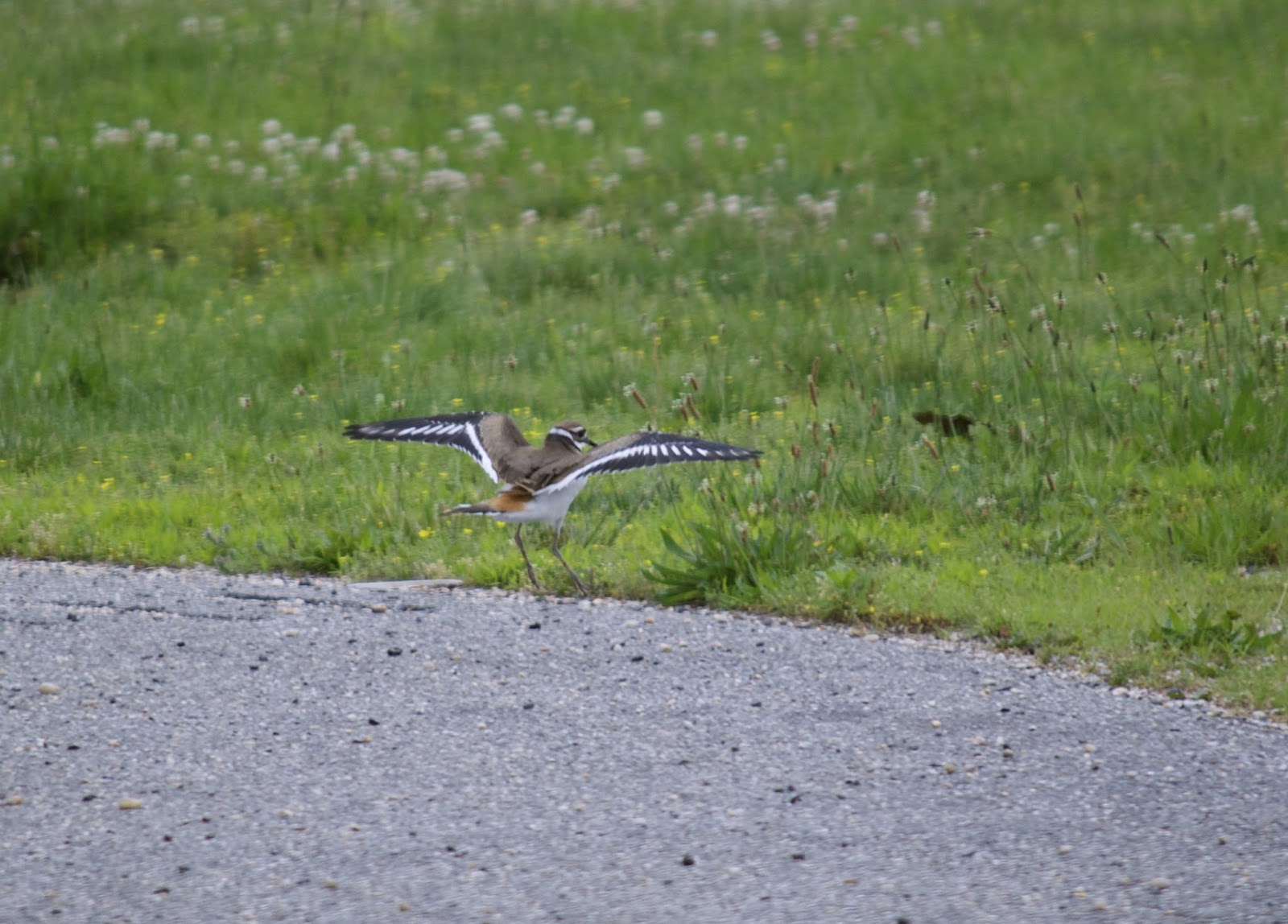 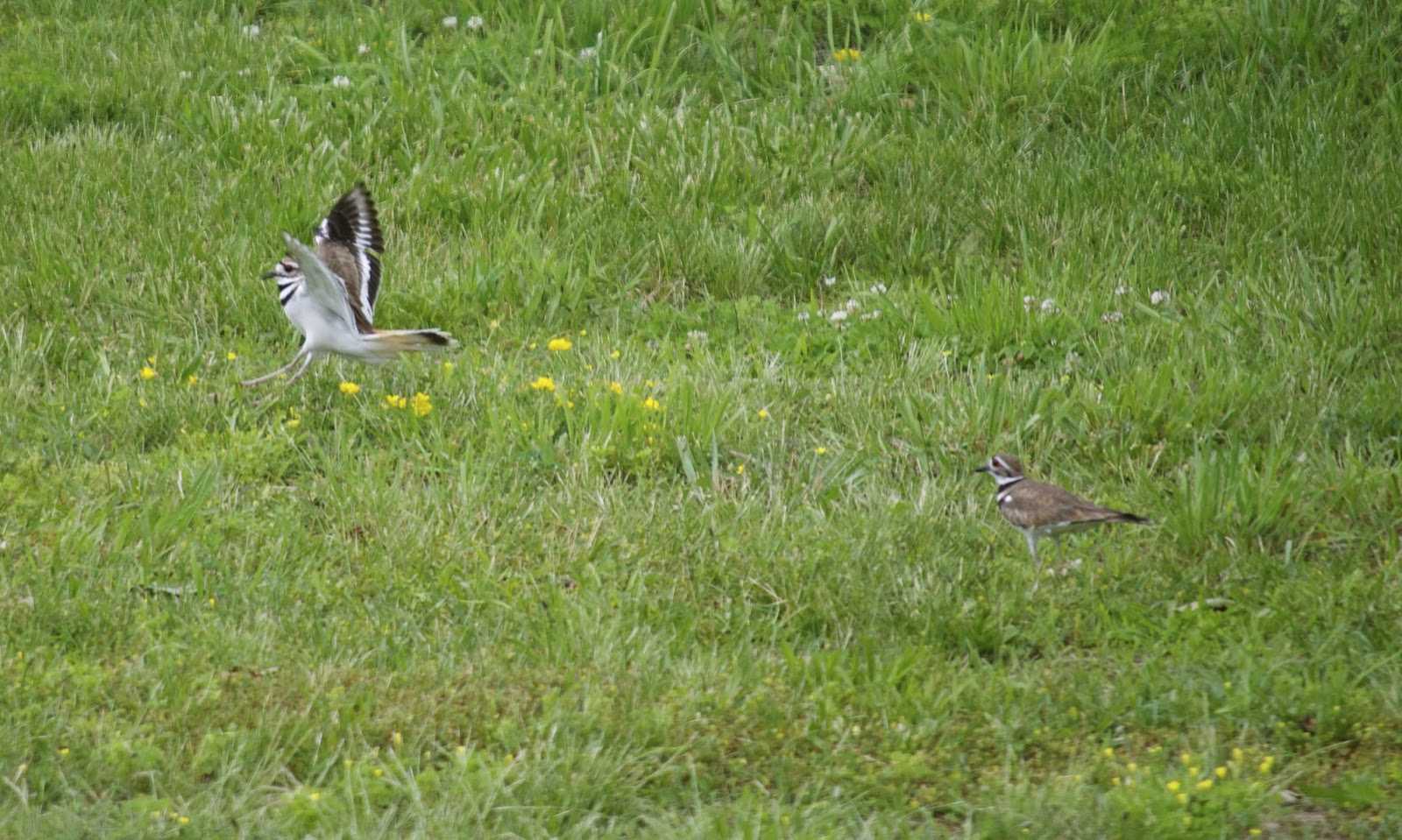 Eisenhower Park is definitely changing and has changed so much in the years that I have known it. A lot of things are being built and the park does not have a very natural feel. But, if you look close enough you might have some fun sightings. You would think that by leaving the city you would see more things, but I think Prospect Park in the middle of Brooklyn has more diversity than this suburban park. It was good to be home though. And of course, I visited the park twice today because in typical Father's Day fashion, we had to go hit some golf balls at the driving range. All in all, a very good day.
For more information on Eisenhower Park, check out their website at: http://www.nassaucountyny.gov/agencies/parks/wheretogo/active/eisenhower.html

It is so incredibly important for people to be aware of the things they may leave behind, trash-wise. Even accidentally leaving a small hook and bit of line behind can cause agony for the animal who encounters it.
My husband and I went to Prospect Park with a mission of playing with a go-pro camera we are borrowing and just wanted to have some fun with. It had rained all day Friday, so we were totally excited for spending a lovely sunny day in the park.
We rode our bikes over and hooked them up at the boat house. I was so excited because a double crested cormorant was just hanging out on the dock. As we got closer we saw that everyone was fairly upset because he was hooked in his left wing. I called an animal rescue place immediately, but they were so short-staffed and dealing with their own facility that they had no one to send (totally understandable, as I know they work hard daily). The park rangers told people they would come out tomorrow. This bird, according to the crowd has been hooked since yesterday. A man approached me and asked who I had called, we got into talking and I found out he managed the land for the Audubon Center (the boat house) and Leffert's Historic House. He was a really nice guy and after talking, we made a plan to get some nets, gloves, boxes, tape (in case we actually caught him), and to give this rescue a go. If we could catch him, that would be better than waiting till tomorrow. I snapped a few photos of the cormorant while waiting for the supplies to be gathered:
I tried once to get him and the nets on hand were dip nets and butterfly nets, small and cumbersome, for a cormorant, but better than nothing. The bird dove into the water when the net came swinging, but in un-cormorant-like behavior, he jumped right back up on the dock about 15 feet away. Normally you'd expect a bird like that to dive, swim and pop up again, far off in the distance. For my second try I crouched and got within about 3-4 feet of him, I was very close. My husband slid me the net and the bird was gone. I should have just tried to pounce, after thinking about it. The bird went for a longer swim but still returned to the same dock. We sat and waited as a friend of mine was coming to assist us. In waiting, Animal Care & Control showed up. With two half hearted swings of his net and in less than 10 minutes time, he came and went. The bird still popped back up on the same dock, never retreating far. After Animal Control left, I sat, still waiting for my friend, who was now lost in the park.
I was being patient, letting the bird take a breather and letting my friend arrive. Some random guy in the park thought he should take a try. I was trying to discourage him, because honestly, I think he was just trying to "be the hero." He grabbed a net and I told him that the nets are not good for this situation (actually the Animal Control guy had a GREAT net, and what a waste of his effort, I should have asked the Animal Control guy to do his job). I tried to tell him, that my friend and I have experience grabbing up birds and he really should just let the cormorant be for now. Of course, random park guy did not listen, picked up the net, and before you knew it, all you saw was a tail dip under the water. The random guy walked away awkwardly without saying anything further to us, he really angered me, but him walking away was the better thing for the bird and I. We sighted the cormorant a few times and then he was gone. We waited and he never returned. We figured at this point he probably went off into the lake.
My friend finally arrived, after sending dropped pins on our phones, sending out a search team, and using triangulation techniques (okay, maybe we didn't do the last two things, but maybe we should have!), we all found each other. Since the cormorant was gone, which I felt, and still feel absolutely awful about, and it was my friends' birthday, I figured let's go on a mini birthday tour of Prospect Park. And so we went for a little walk, saw some birds, stuck our camera in the lake, into bushes and trees, anywhere. My husband was having fun with the little go-pro we are borrowing.
We then parted ways with our friend and went to the other side of the lake. We saw a cormorant! He was swimming oddly close to shore, which made me think it could be him. I notified some friends and the animal shelter, so hopefully someone will be able to rescue him, someone with better resources and tools. So if you are in Prospect Park and you see some trash, pick it up. After seeing the cormorant, I came across some fishing trash and felt even more compelled to pick it up. Please, be aware of your impact within your community, make sure you take your trash and dispose of it properly. You never know what that little bit of plastic, twine, or that bottle cap could do to an animal that accidentally tries to ingest it or gets caught up in it.

Posted by Jen Kepler at 6:20 PM No comments:

Last week was Memorial Day weekend and things were abuzz in the world of insects (pun very much intended). The East Coast was excited about the emergence of the 17-year cicadas! Well, excited might not be how most people would describe their feelings about cicadas, but I was excited about them!
My husband and I were up in Rockland County to visit friends and family and also, to relax. We went for a walk from his Dad's house down to Rockland Lake State Park and around the lake over at the park. We saw some fun things, walked through poison ivy, and even found some herps! Amazingly, we did not get poison ivy!
Enjoy our sightings! 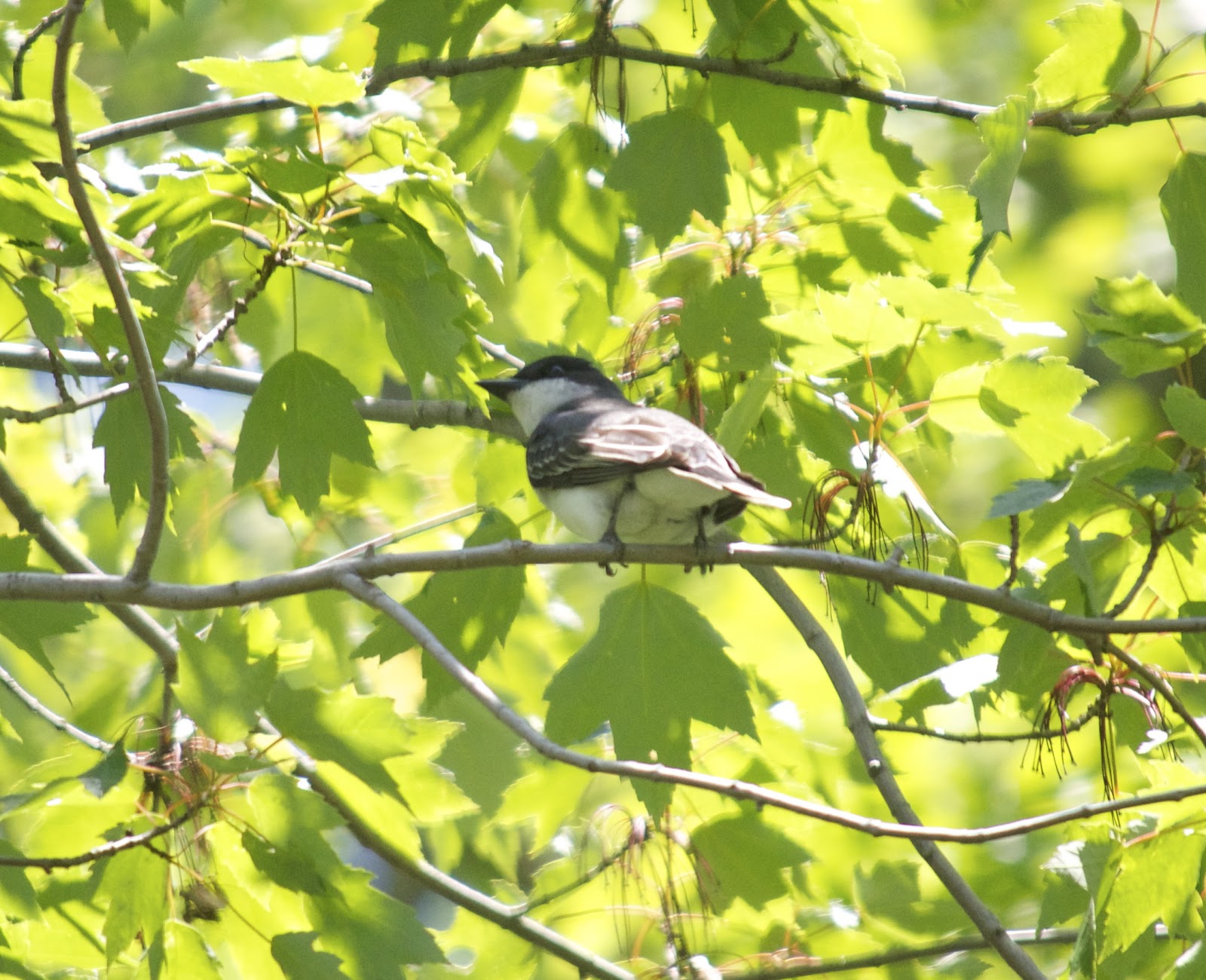 Posted by Jen Kepler at 6:05 AM No comments: