It's that time of year where shore birds are on the move from their Northern breeding grounds, heading South for the winter. Ew, are we already talking about winter? It's hard to imagine winter when it was close to 90 degrees Fahrenheit today, but birds are on the move while food is abundant to fuel them on their journey, so as far south as Tierra Del Fuego (thats the most southern tip of South America).
I headed over to Jamaica Bay Wildlife Refuge in Queens to see some birds, and scope out the East pond, with plans to don some rubber boots and go for a walk along its shores. The pond is man made and water levels are controlled, seasonally dropping the level for shorebirds arriving in late August to expose mud flats for them to feed on. It also exposes a shore line to hike, if you don't mind some super stanky mud. The water is currently just a notch below neon green, so I can only imagine the funk that could cling to any outerwear.
I also carried my larger lens on my cross body sling I bought and did well, despite its weight. I also toted my mono pod along to help with photos and also as a possible self defense weapon, as recently a young woman disappeared in the area, so who knows who is lurking around. Anyway, the point was I found a comfy way to walk around with my gear.
I am satisfied with my visit, I went around noon so it was a lot hot, but the birds were still active on the East Pond. I can see why going for the haul around the pond could be rewarding, as I spotted a lot of birds through my binoculars but could not easily ID.
Anyway, enjoy... 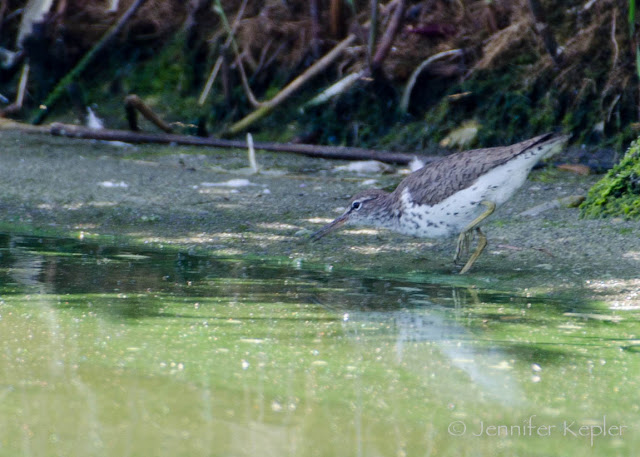 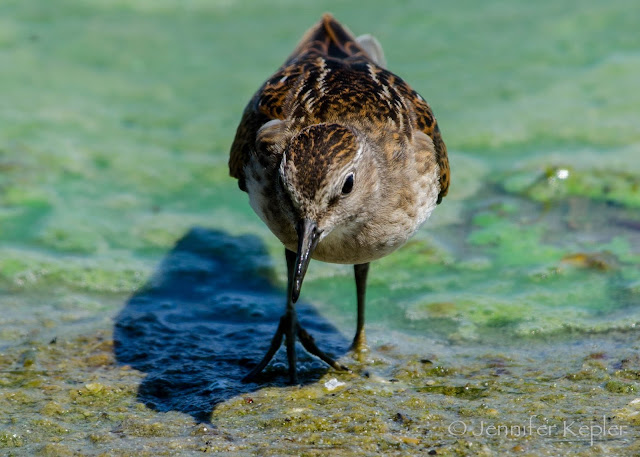 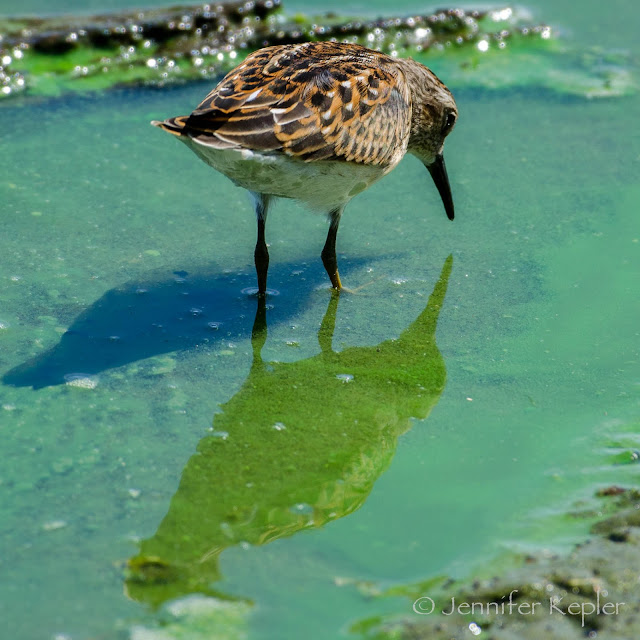 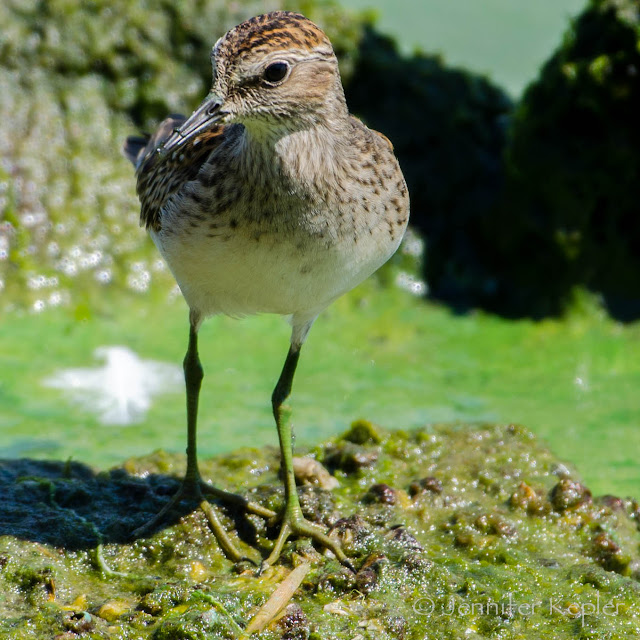 Posted by Jen Kepler at 6:46 PM No comments:

Decided to work a half day on Friday in that I was working Saturday, so what better way to spend that half of the day not at work? Birding in the park.
I was fortunate to run into a birding buddy on my way into the park, so I birded in good company (and some heat, it was warm and muggy) in a park I feel like I might have neglected this summer in terms of visiting often.
Enjoy the sights... 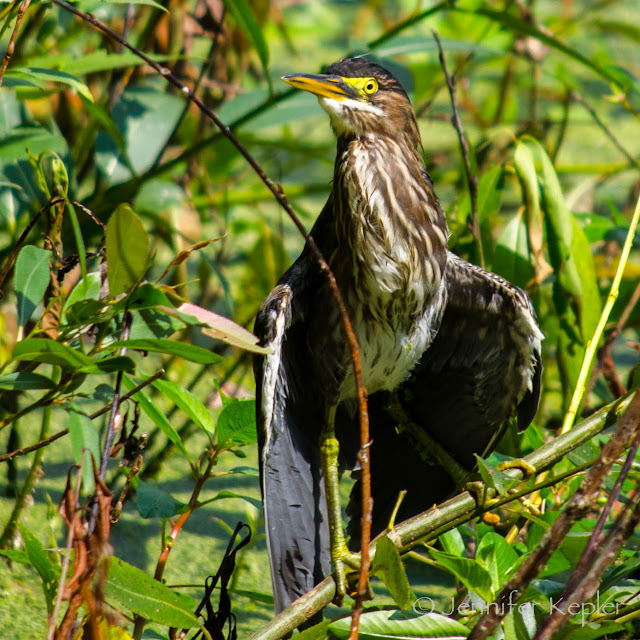 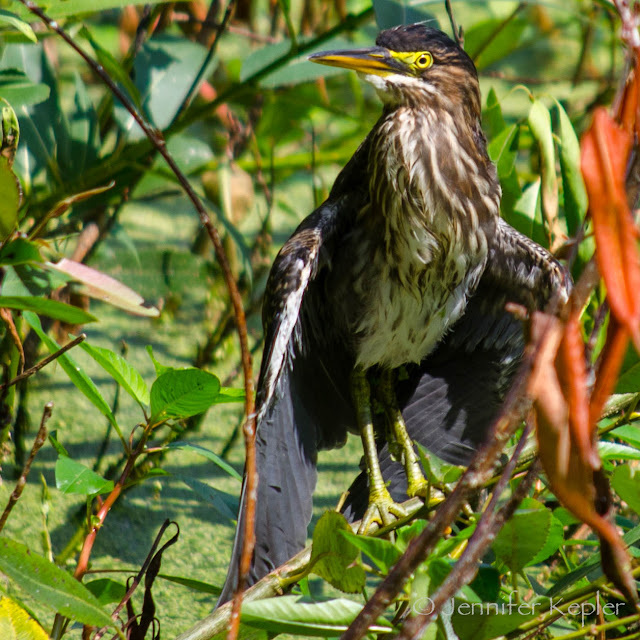 Posted by Jen Kepler at 5:16 PM No comments:

Morton with the Mama

On Tuesday I took the day off from work after working a very long weekend. I got in touch with my mom to see if we could spend a day out together. We planned to head out east on Long Island, and perhaps I was inspired by all the things I passed for my weekend work like wineries and wildlife.
Our day began with a special Trip to Elizabeth Morton Wildlife Refuge, lunch is Sag Harbor (um, lobster rolls, anyone?), a wine tasting at duck walk vineyards (and wine haul), and picking up fresh fruit at a local farm stand.
I want to make a special shout out to my mom, who just finished her chemo treatment and totally kicked some cancer butt. She is amazing and I am so proud of her for being proactive and fearless and teaching my sisters and I about doing the same for ourselves.
I had a great day out with her and it was a real treat to share Morton with her, we totally fed some birds, responsibly of course!
Enjoy our trip to Morton... 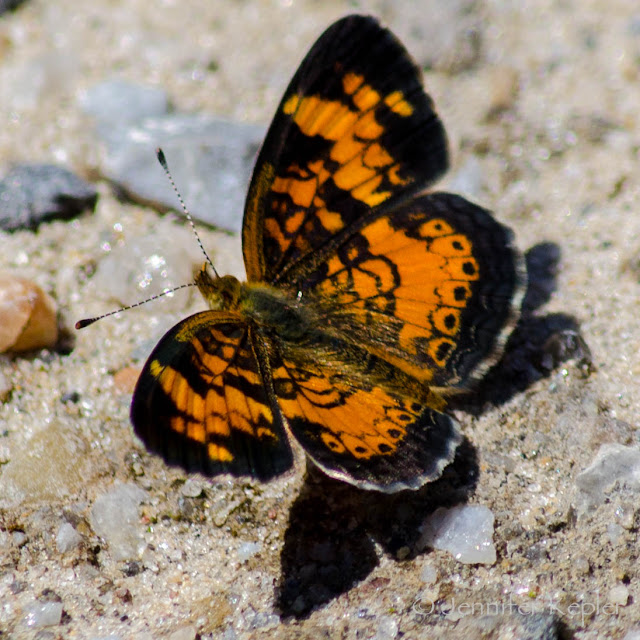 Posted by Jen Kepler at 9:08 PM No comments:

I had a "treat yourself" gift to myself, especially since it was like my birthday and stuff, and also since I have been casually looking at different lenses, out of curiosity. Then at the end of July I accidentally discovered a Nikon lens with good reviews for wildlife photography and that was "affordable." I use that term, affordable lightly- it still cost a pretty penny, but was under 2k and I had secretly been saving with the intent of splurging one day.
So I splurged on this: AF-S Nikkor 200-500mm - I ordered through Amazon after getting frustrated with B&H, and Amazon having the same prices and free shipping with prime. I picked my package up at a UPS pick-up location and like a kid on their birthday, I opened up that box and attached this lens to my Nikon D5100-- and it made for a hilarious sight. I guess the next thing I will one day do is upgrade our camera body.
Anyway, I was very very eager to go out for a test run, so after work yesterday I did a driving tour of Green-Wood Cemetery to my favorite spots to see what I could capture. I did not bring binoculars, because the lens kind of did that and also my sole purpose was just to photo and play. The results are in- enjoy:

Posted by Jen Kepler at 9:53 AM No comments: