More Arctic Birds in the BK

Last weekend, a snowy owl at Floyd Bennet Field brought a little Arctic flare to Brooklyn, but reports have been coming in for the last week, week and a half about another Arctic visitor, an Iceland gull.
People usually don't give much thought to gulls, that are often labeled across the board as "sea gulls." But not all gulls live by the sea, they can be found many many miles from it, they can live near freshwater, brackish water, and near salt water. And my favorite kind of gulls are the ones that live on bays, they go great with some cream cheese and lox. (See what I did there??)
So the everyday people just see "sea gulls," but if you take a closer look there is more than meets the eye. I will say, generally, gulls have a very similar appearance among them regarding shape, coloration, and behavior- and heck, sometimes even sound. They even vary within their species, because they way they look can tell you approximate age, and if you aren't paying attention to the weather, the season, based on their plumage.
The Iceland gull, while very different looking, in a birders eye is admittedly hard to first spot when the birds around it are in general, similar. But once you find it, you can't stop thinking how much this gorgeous bird stands out from the crowd.
Oh yeah, and YAY, this one is a lifer for me! This gull gets a mark in my book.

WARNING... a lot of pictures of gulls ahead... 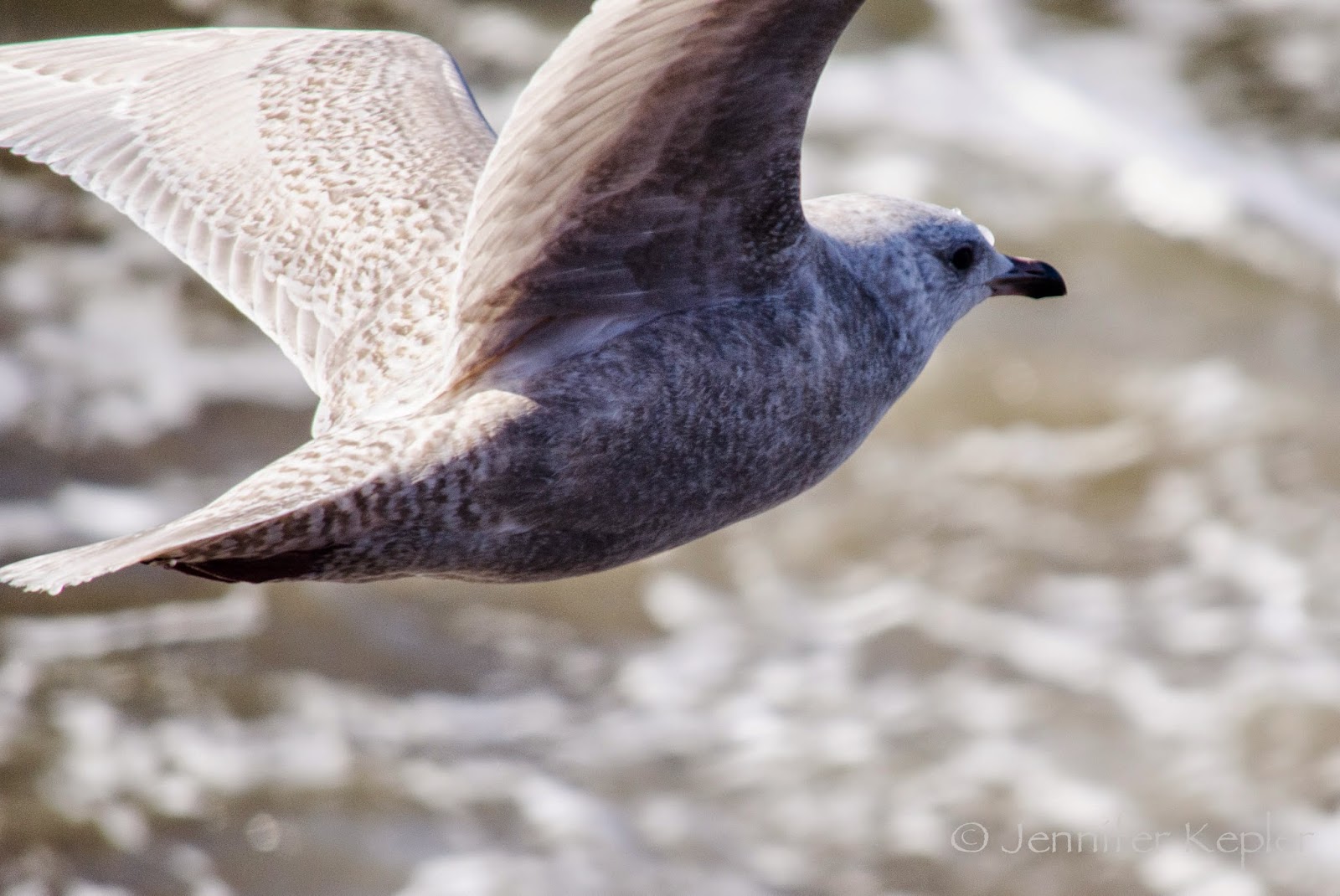 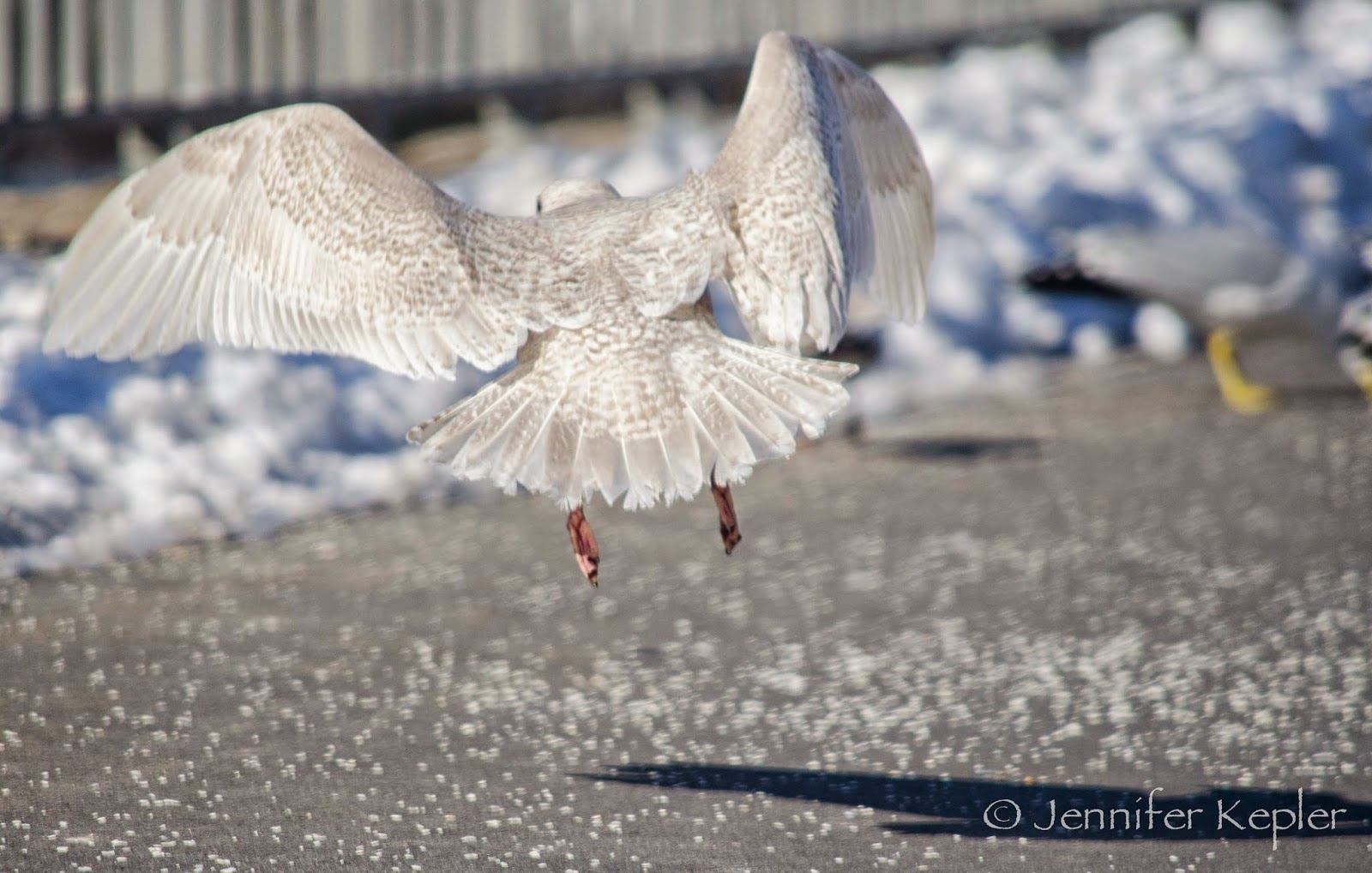 Posted by Jen Kepler at 3:55 PM No comments:

Today I was given a snow day as NYC expected the worst from the snow we received last night. After dumping only about 4-6" I had a free day and had a few things I wished to accomplish. I wanted to bake cookies, and I did, peanut butter chocolate chip, without a recipe, which for me, is daring. Next I wanted to make and freeze some tomato sauce so we could have a few dinners of pasta in the coming month, I made 4+ dinners worth. Winning!
The last thing I wanted to do today was get out for a hike, especially once the snow stopped. So by 1PM I layered up, 3 pairs of pants, 1 layer being thermals and the outer layer being snow pants. 4 layers up top, my awesome orange hat, gloves, scarf, and amazing heavy duty snow boots. I worked up a sweat, so I think I did well!
The park was packed with children and their adults who all had the day off. I skipped past the crowds (well, not literally, I can't skip in so many layers) to see the park residents doing what they do best, surviving. In total I saw 27 bird species, many of which were at the feeder station. The birds looked so beautiful in the snow and I'm glad I got out to see them!
Enjoy:

Enjoy the snow, be safe, and stay warm!
Posted by Jen Kepler at 6:23 PM No comments:

Snow Before The Blizzard

Today I headed out to Floyd Bennett Field in Brooklyn, NY in hopes of seeing the only kind of snow I like to see in the winter. Lucky for me I did have that chance and especially before we get hit with an actual blizzard come tomorrow. Thankfully I got to enjoy todays walk especially because the sun was warm and I was comfy in all my layers and because I got to see what I had hoped to!
Enjoy: 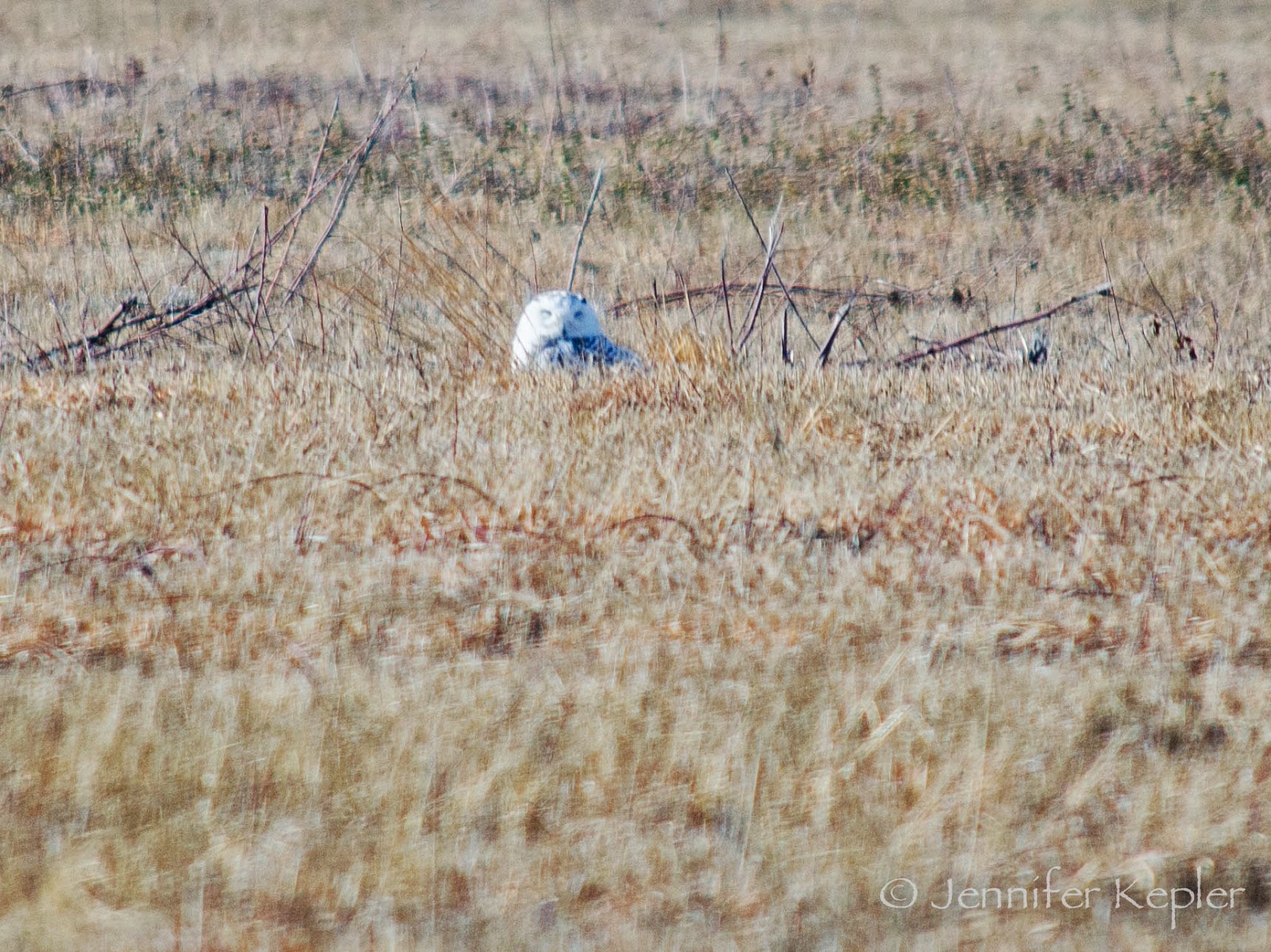 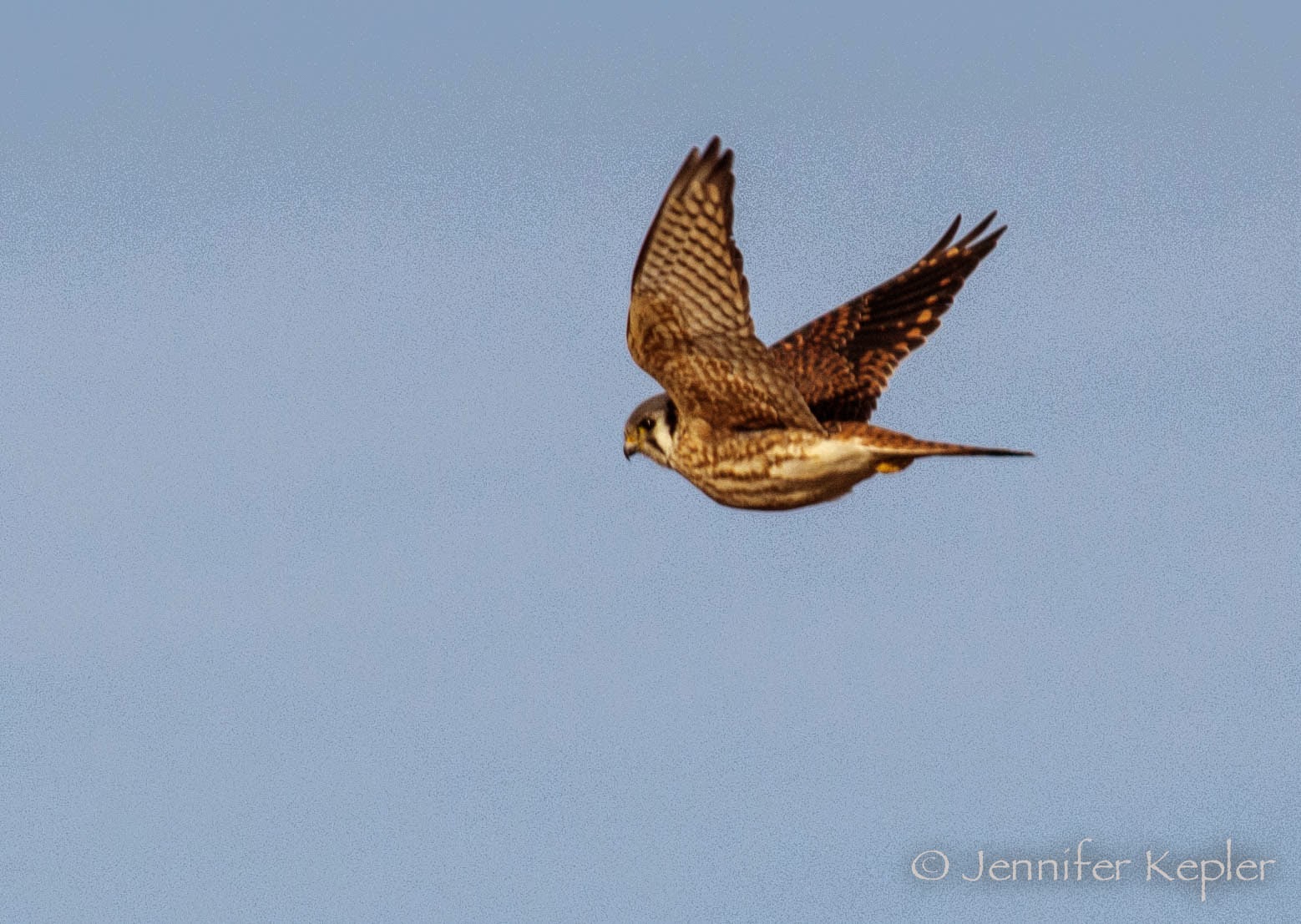 Posted by Jen Kepler at 6:31 PM No comments: