Yesterday, I made my annual trek to Shawangunk National Wildlife Refuge to enjoy the short-eared owls. As it is getting late in the season, this was a good day to get a chance to see them. It's about a 2 hours trek from Brooklyn so I broke up the trip with a pitstop at my amazing friends' pasta shop, DPNB Pasta & Provisions in Nyack for a late lunch and to pick up additional carbohydrates for dinner.
In my arrival to Shawangunk I really lucked out. One SEOW gave myself and a few other some amazing and long views of it at fairly close range. It chose its perches, one progressively closer than the other. Which means I ended up with 600+ photos of one bird, in more of less the same pose. With each photo I'll share some random factoids about SEOW's and the grassland habitats they thrive in.

Posted by Jen Kepler at 8:55 PM No comments:

I had a hankering for winter ducks yesterday, especially as the high for the day was in the 30's, it actually felt like winter as we have been spoiled with a very mild winter this time around. I'm glad I can still fit into my warmest clothes and be comfy venturing out for cold adventures.
While it wasn't as ducky as I wanted it to be at the beach, I was rewarded eventually, for my having to haul my much heavier self through the sand that always felt like it never had any good packed down sections to tread more easily. I did my adventuring at Jones Beach and then made a quick stop a Baisley Pond Park on my way home.
Normally I despise the cold, but when it comes to birding, I love the coldest days because it keeps the crowds away. I had the entire beach to myself with the exception of one other person out walking, and the park police who drove out as I was leaving. Also, I think a good cold day out in nature is good for you. Keeps you invigorated! (just as long as you have good gear!)

A Painted Bunting has really been playing the part in downtown Brooklyn, bright-eyed, not a local by any means, took up residence in a very fancy part of town and holding it down. Probably hitting up some bougie brunch spots on the weekend with some hip song sparrows. Until it finds a mate and realizes that Downtown Brooklyn is not a realistic place to raise a family and that they really need to get back home, closer to their parents ... oh wait, we're talking birds here.
Originally discovered by Heather Wolf at the end of December 2019, this southern bird has been attracting birders from all around and has been holding steady, thanks to the native grasses and other plantings that are providing it with natural and abundant food sources. Being a female or immature male, its olive green plumage allows it to blend in well to the grasses, unlike the very flashy mature males, this bird in its beauty is suited to where it has been frequenting as raptors are not uncommon.
It was nice to see this bird, in comparison to the male that showed up in 2016 in Prospect Park, the contrast between the two plumages was very interesting to see. Although, get this "drab" bird in the sunlight, and holy smokes, it GLOWS. This bird is very beautiful and should not be disregarded just because it is not a mature male.
I was lucky enough to enjoy it with my husband on a freakishly mild day, yesterday. In a sweatshirt along the East River, we were very comfortable and I bet this bird was too! 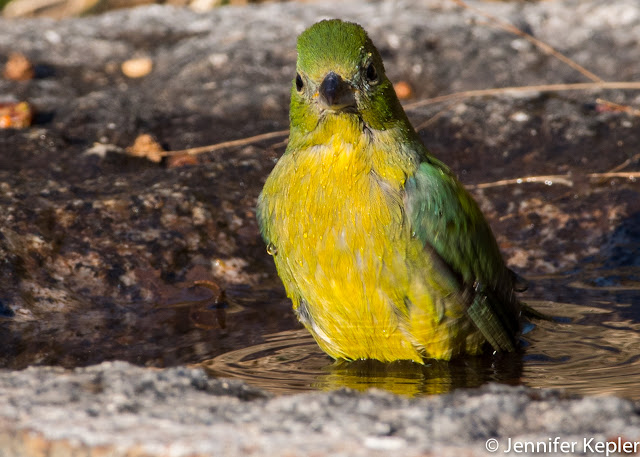 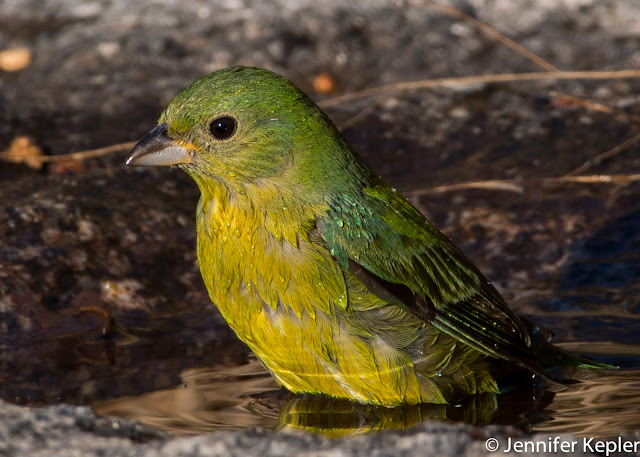 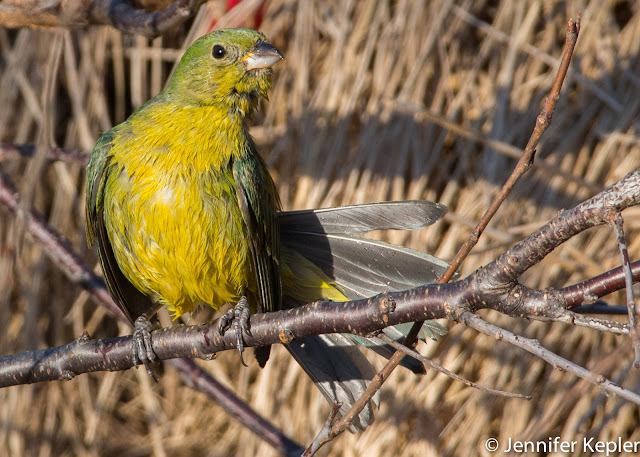 Posted by Jen Kepler at 8:43 AM No comments: