I made a rip out to Wheeling, WV last week for the chance to develop professionally for work. It was a whirlwind of a week, but I rewarded myself with a little extension to visit and meet with folks at some facilities in Pittsburgh and I found a place to go birding.
Staying in the downtown area, I was able to locate a park that by uber was about a $10-15 ride. The park, Schenley Park, like most of the area, has trails cut into the hillside that run next to small creeks, trickling with water. And spanning the park, were lots of bridges. Pittsburgh has a very interesting topography and everything is hills, bridges, and rivers. Just on the edge of the park are the Carnegie (which I learned pronounce it very differently from the natives) Museum of Natural History and the Phipps Conservatory (which I visited for a warm up and for a little bit of vibrancy).
My target species was the Pileated woodpecker as I saw them reported here on ebird and bonus would be a Carolina Chickadee (which I did see and hear -- the hearing confirmed it). Thankfully, the unseasonably warm weather helped me out and I had a nice few hours in the park.

Posted by Jen Kepler at 5:54 PM No comments:

Well, someone ruined it for us all. Today I am not sharing my locations, just the things I saw in the places that I visited because this is getting out of hand.
Snowy owls are a hot topic among birders, especially in an urban/suburban setting where the population of people is high and so is the interest in such birds. Birders generally follow a code of ethics created by the American Birders Association. Most follow, but many don't and some folks, especially those who are not birders, disregard it all together. And this shouldn't just be limited to owls, but all birds. We all know some birds are more "sensitive" than others, with respect to birds who are nocturnal or nesting, especially.
Today I went out, mostly had the place to myself-- thought I saw some other birders in a group who I kept away from, I was feeling like a solo adventurer today and found myself a beautiful snowy owl. I kept my distance, snapped a few pictures with my big lens, observed for 5 minutes and moved on because there was much more to see and I wanted to be respectful.
Unfortunately as I headed back to my vehicle the bird was surrounded by the now revealed to be a photography group. Eventually some of the group left the bird while two remained. One of the two remaining photographers was waving their arms encouraging the bird to open its eyes or fly (which it did the latter).
This bums me out so badly. Birds of prey are my favorites and it hurts to see people doing this to them. And gosh, forget about nesting season for terns and plovers on the beach. It also hurts me because I know so many great photographers who DO respect their subjects just there are quite a few bad eggs out there who ruin it for us.
So, to be respectful of these critters, I will not share locations today.

Posted by Jen Kepler at 6:10 PM No comments:

Coming Out on Top In Vegas

Tim and I headed West with my sister and her at the time, boyfriend, for a long weekend of fun. Most people don't take me for the Vegas type, and I get it, but I love visiting. On this 5th visit, we all came out winners, especially my sister, who left the place with a fiancé-- and it wasn't one of those what happens in Vegas stays in Vegas type things. We are all so happy to officially welcome Mike into our family. So what began as a birthday/super bowl weekend, escalated into something much more.
And somehow, you bet-- I got in some birding! Got some welcome lifers, sad to miss a roadrunner, but it only means I'll have to go back... 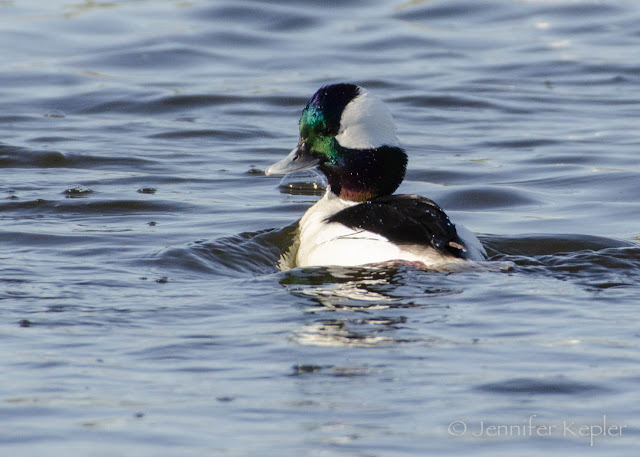 Posted by Jen Kepler at 8:42 PM No comments: