I always liked parrots, but now that I have my own parrot, I LOVE THEM, and slightly obsessed. I used to work with a quaker parrot (or monk parakeet, take your pick, but I tend to go with calling them quakers) when I worked for Audubon, her name was Jodi, and we bonded quite well. I loved her so much and was offered to take her home, but at the time, things were not right for that, so we parted ways - she does though have quite the good home with a coworker of mine from that time.
Well, now that I live in Brooklyn, I am surrounded by quakers. The school I attended for my masters, Brooklyn College, is swarming with quakers. Sometimes I hear them out the window of our apartment or spot them flying overhead on the street. This evening, I made a bike ride over to the other side of Greenwood Cemetery to go photograph these adorable green balls of feathers at their home base. Enjoy: 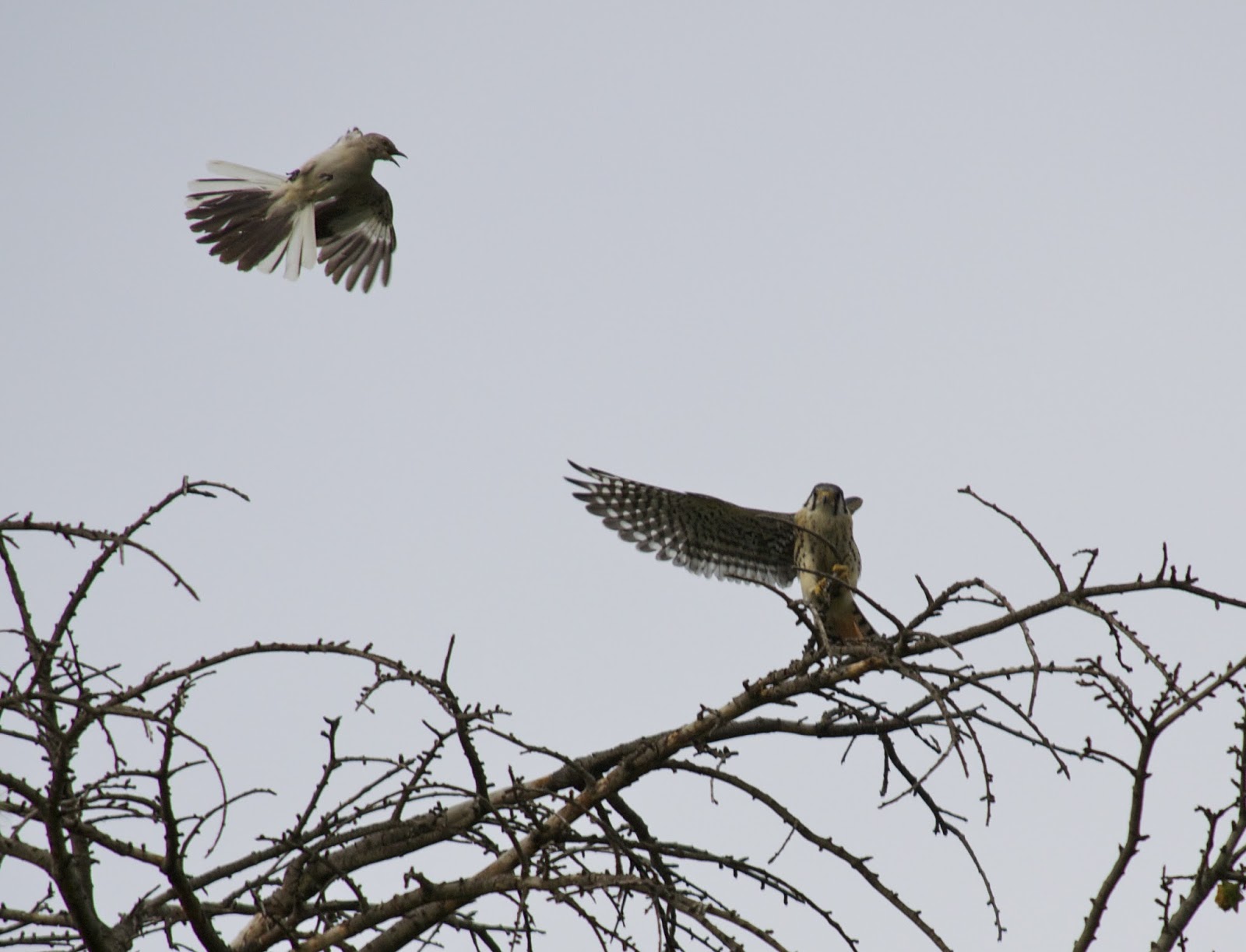 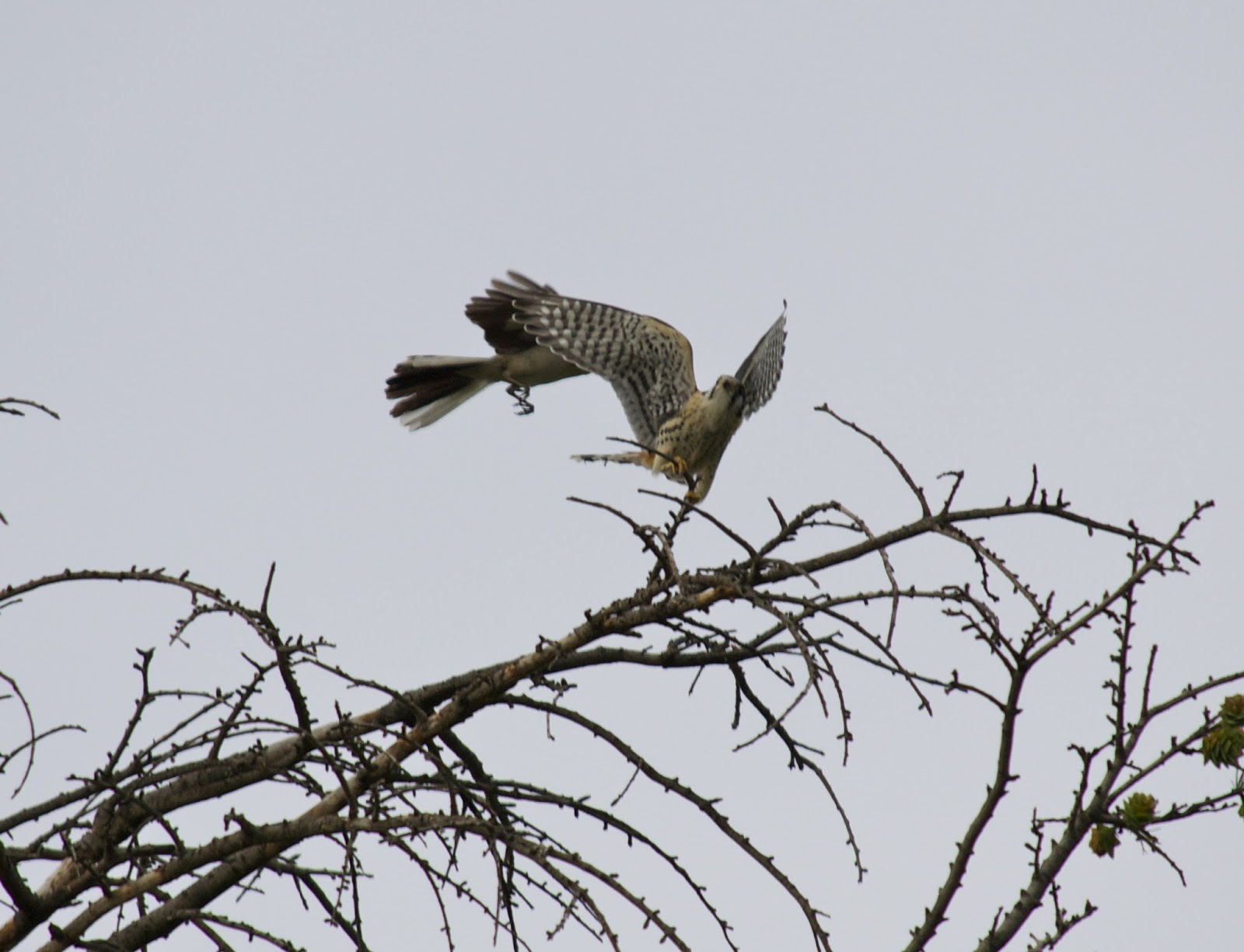 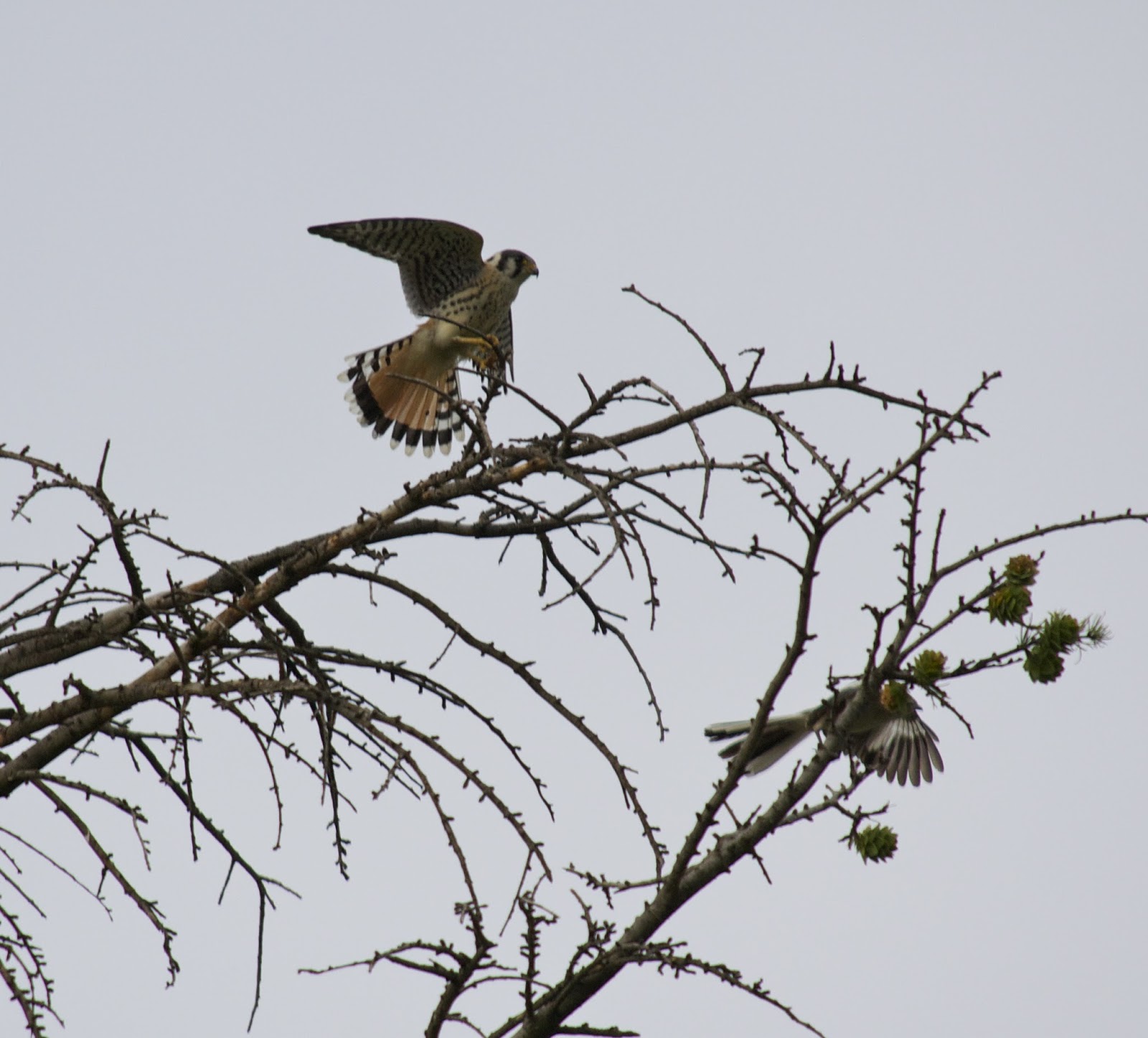 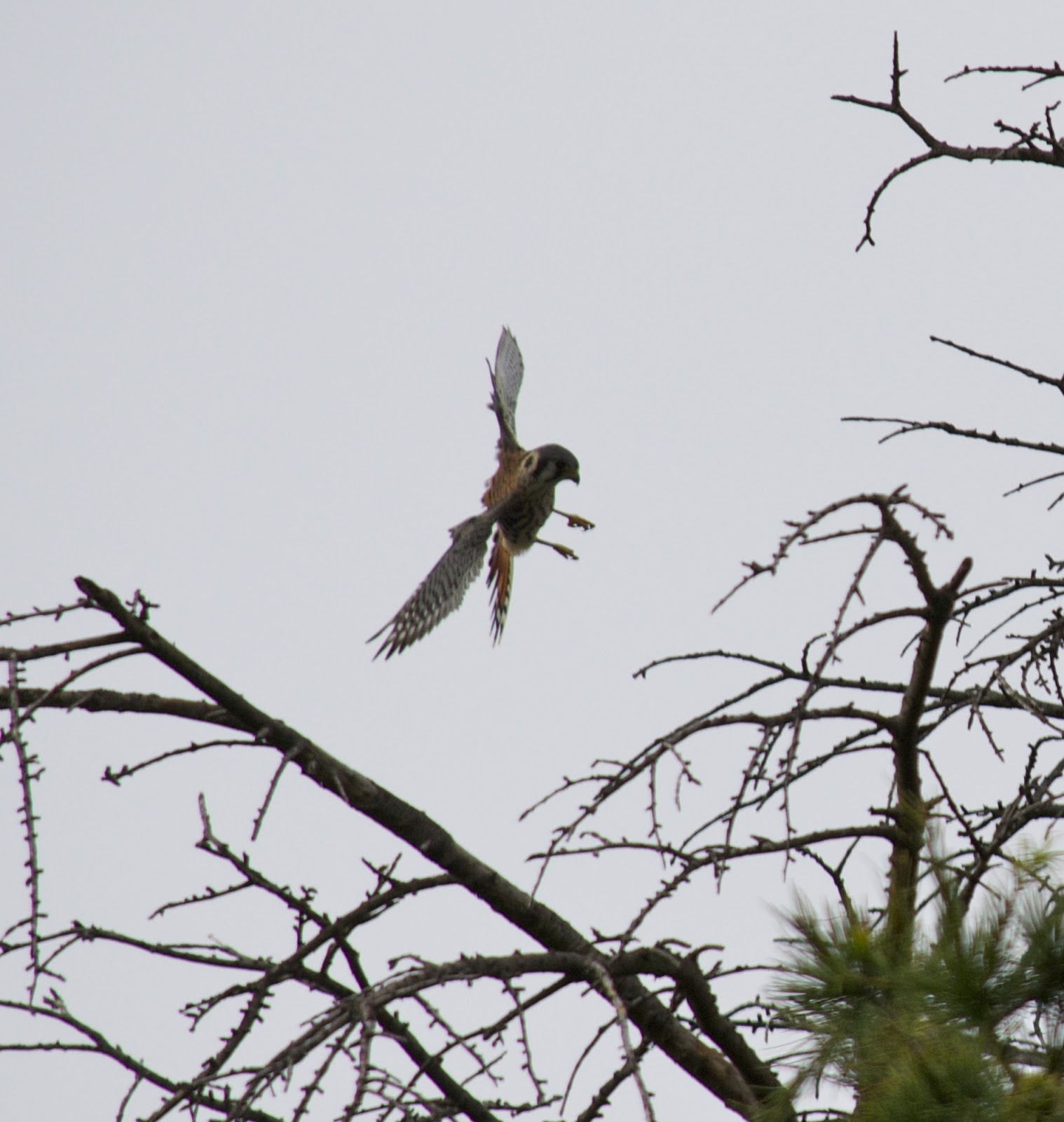 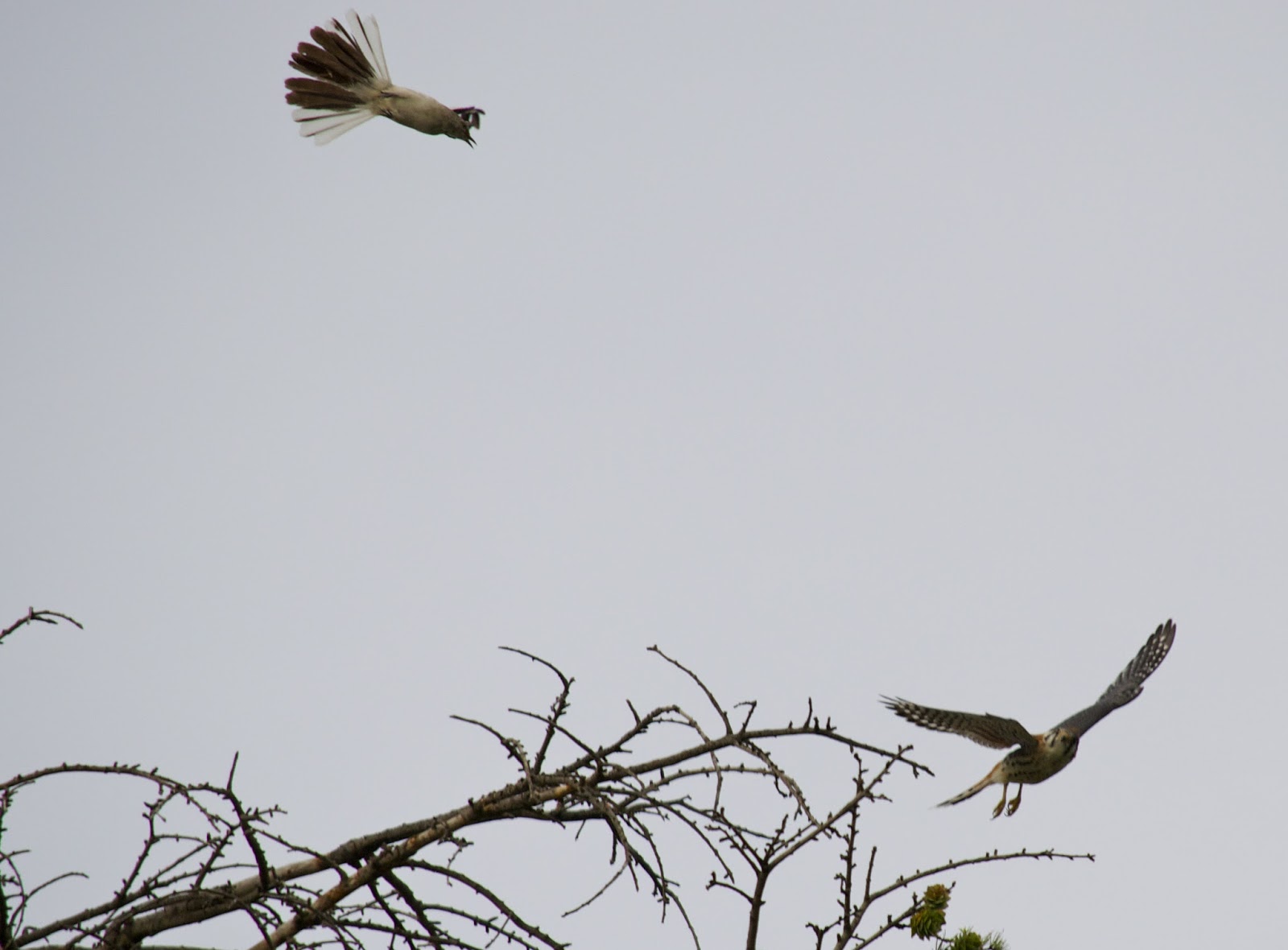 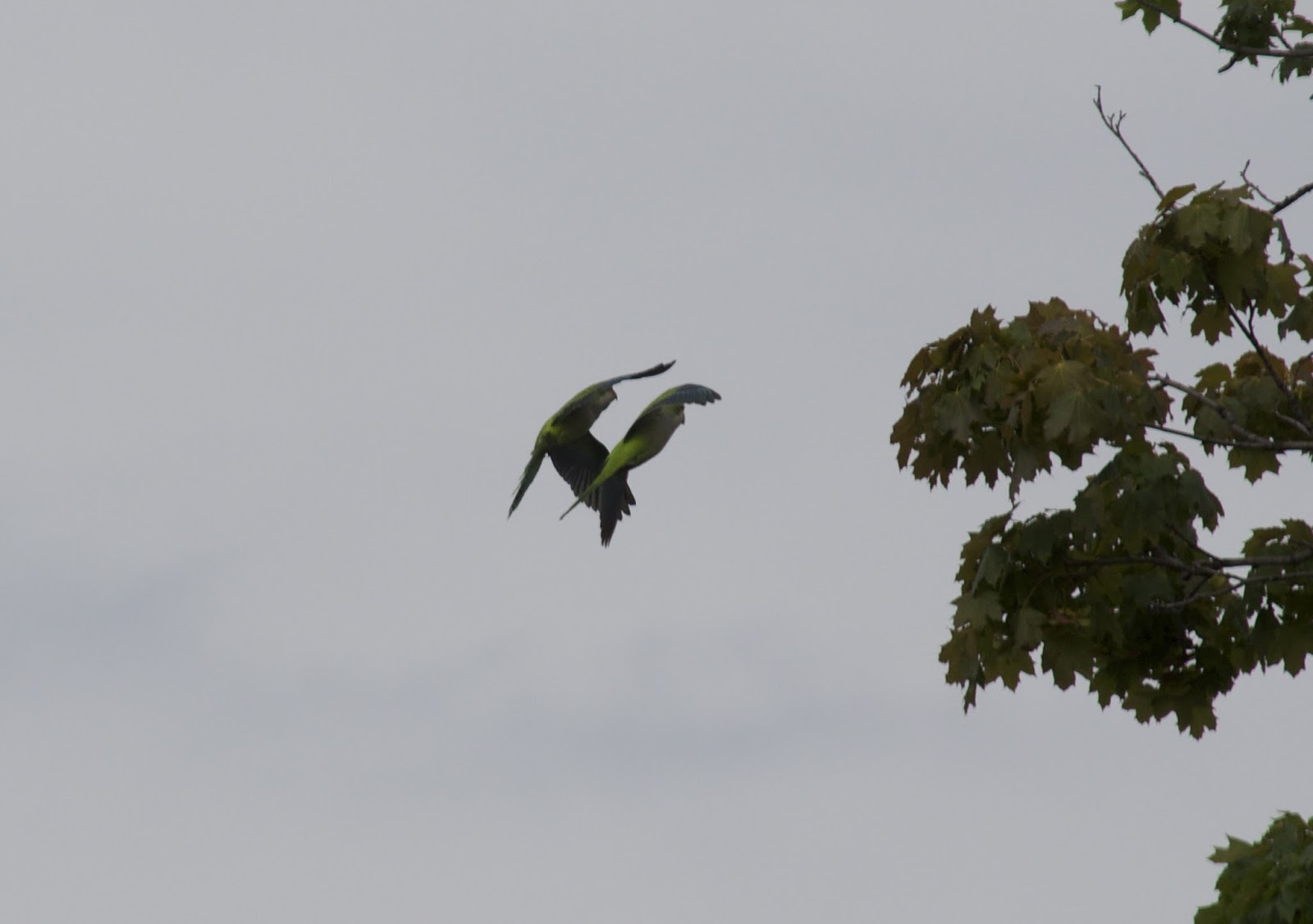 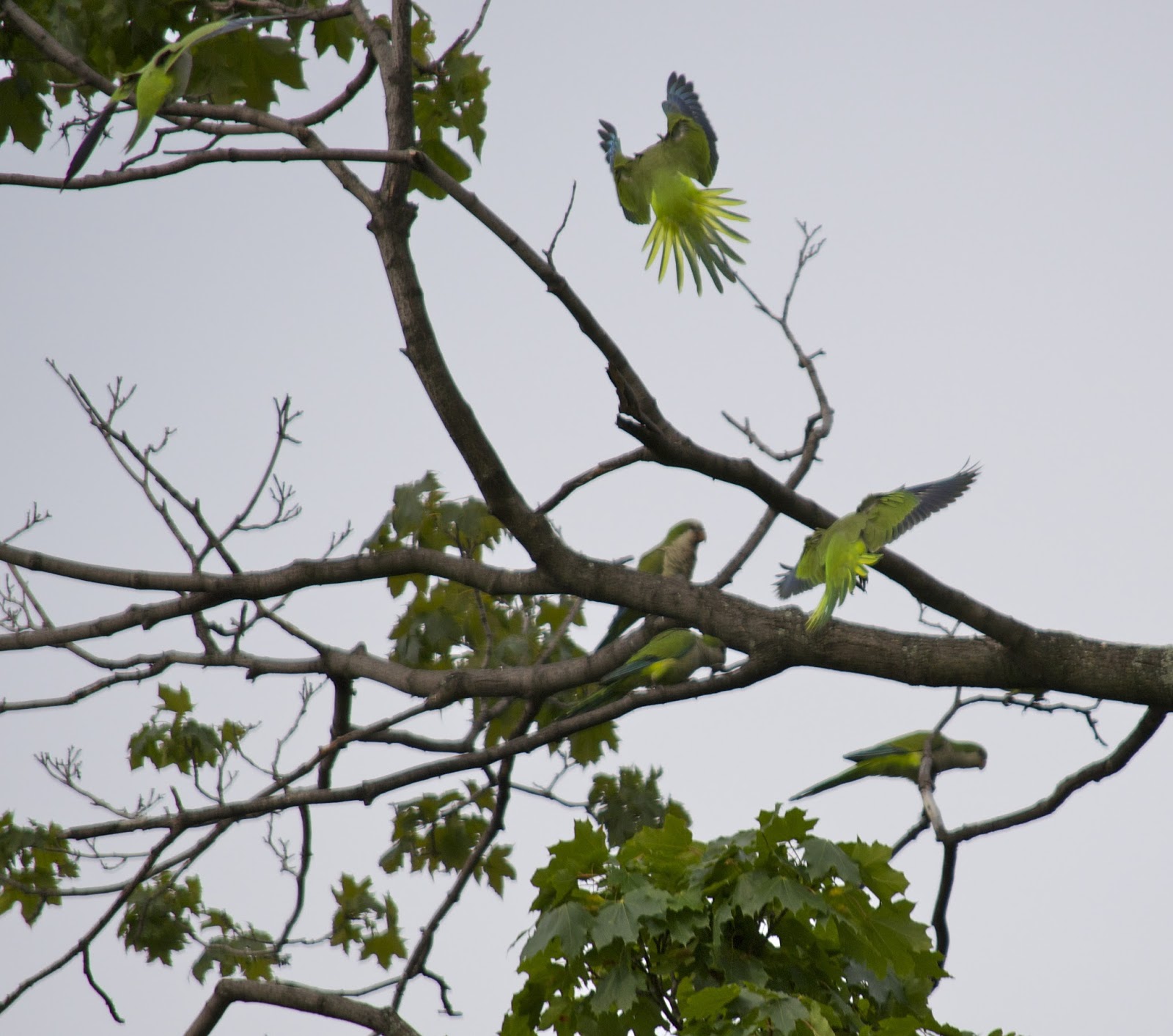 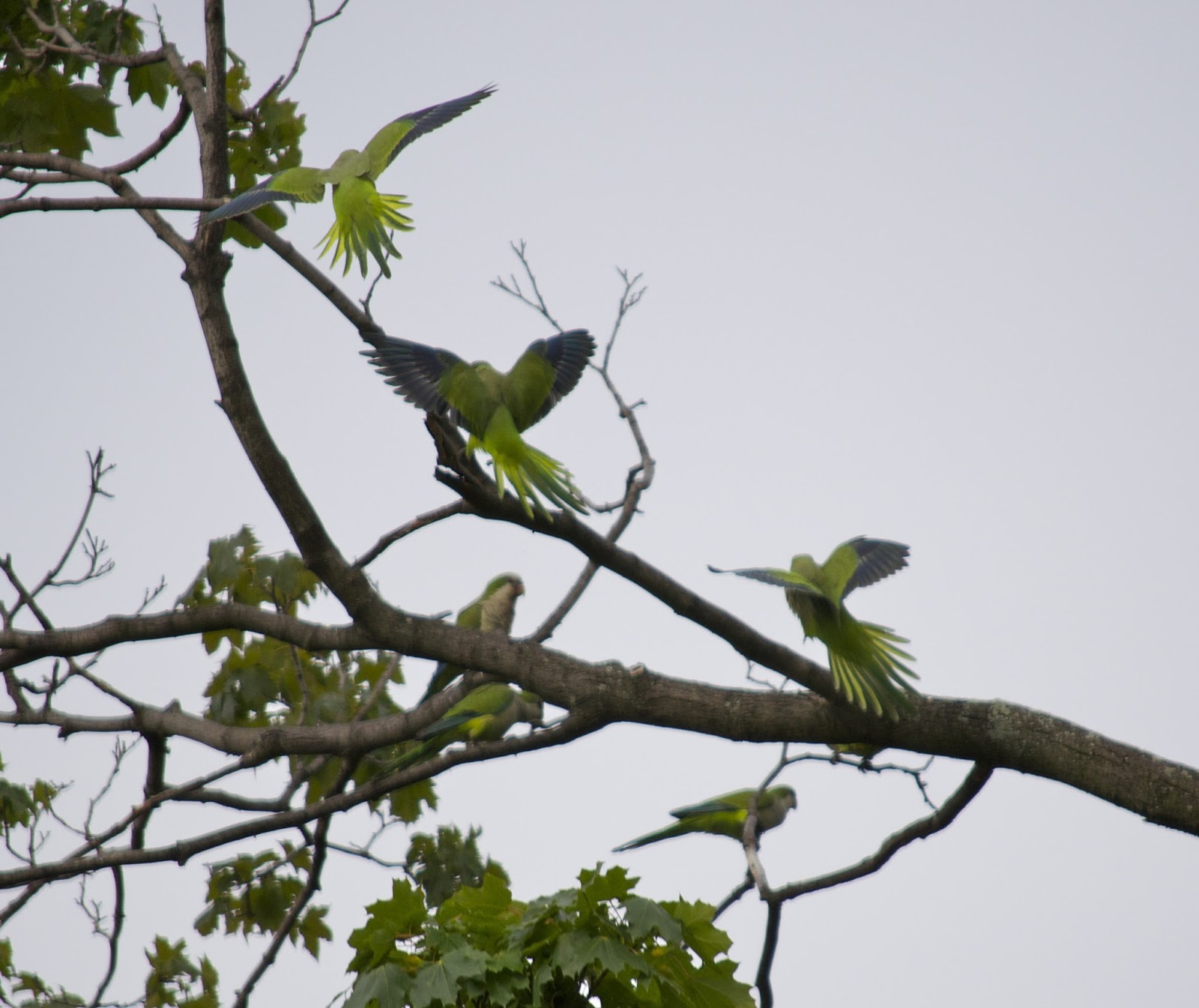 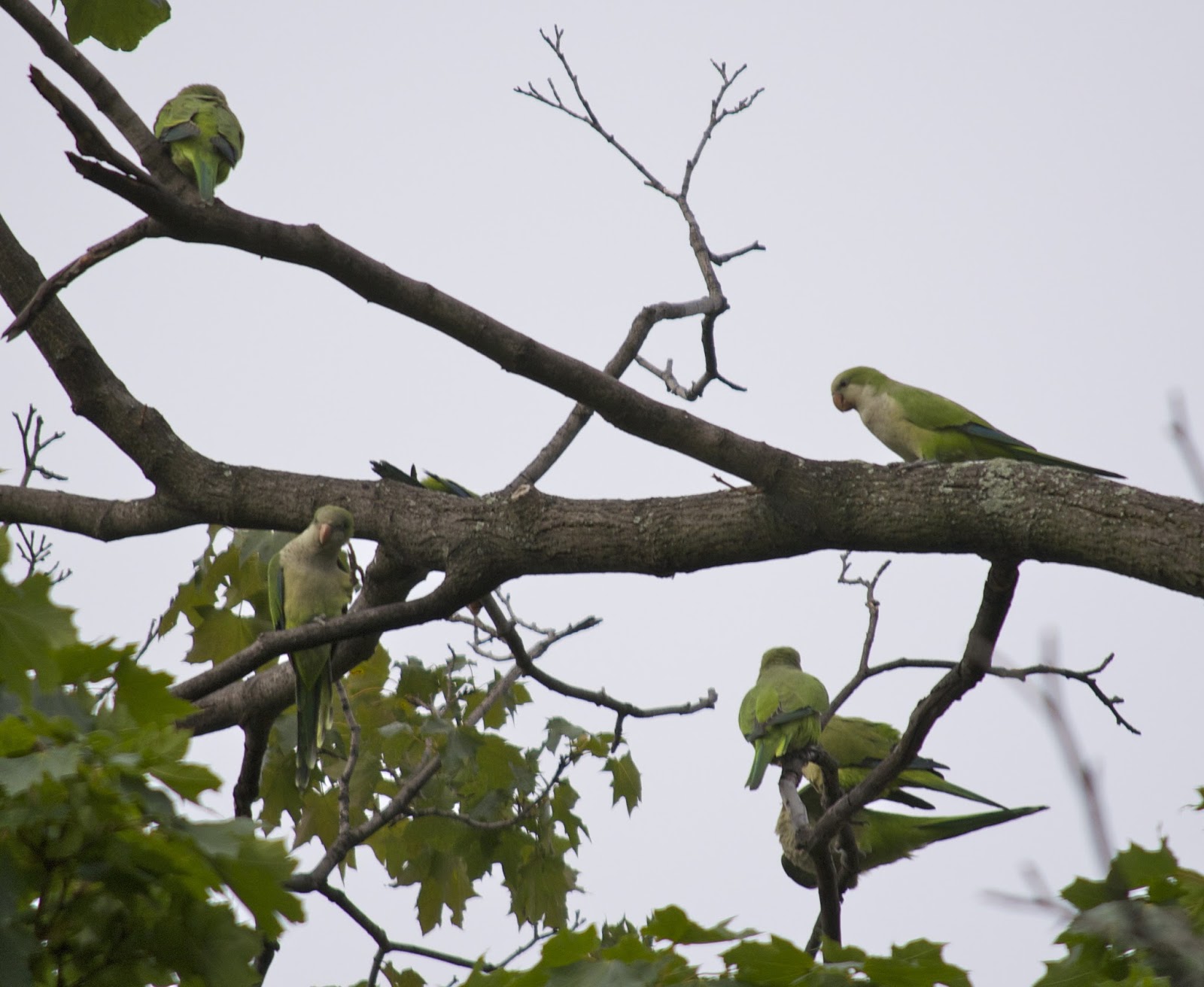 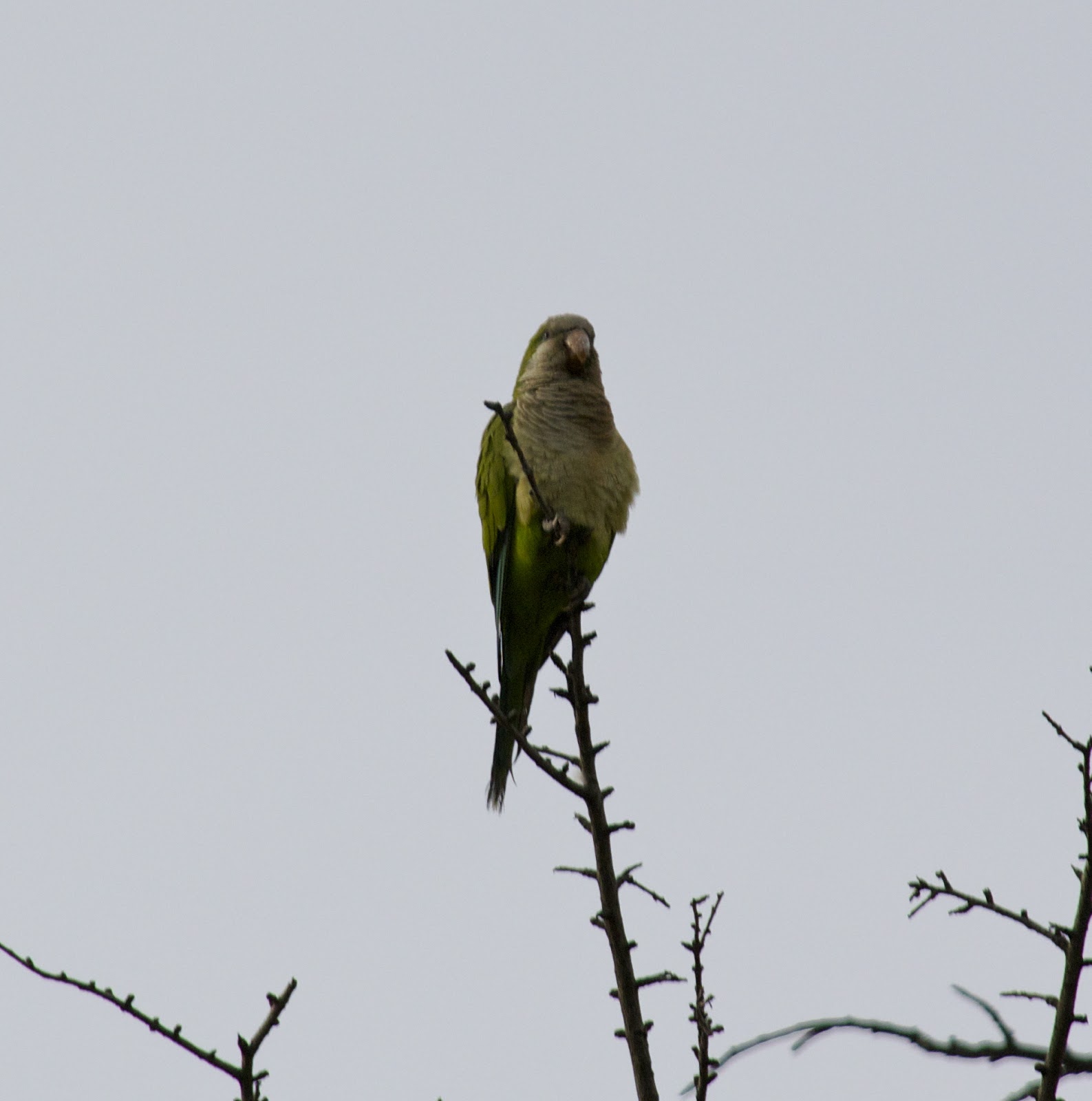 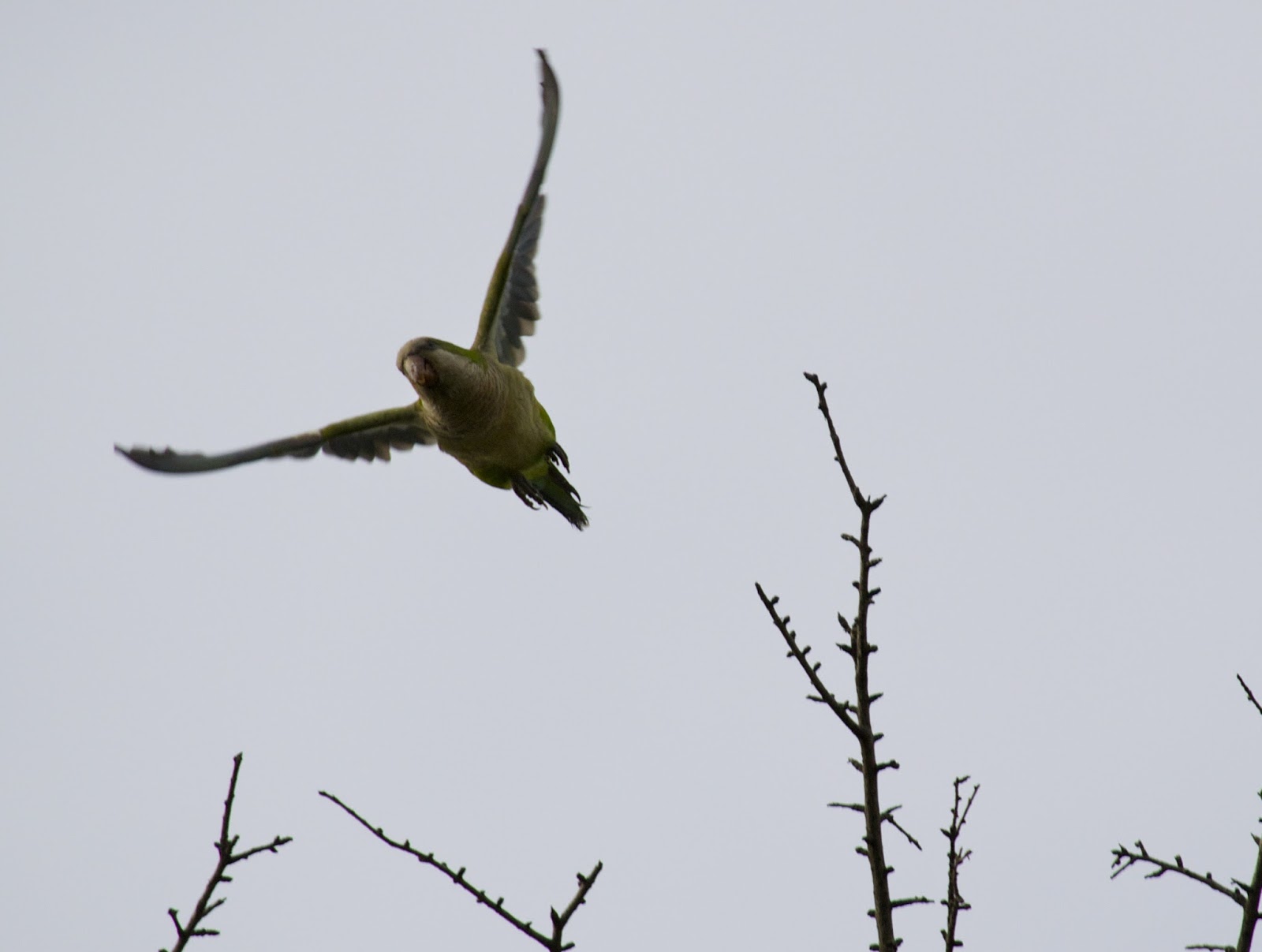 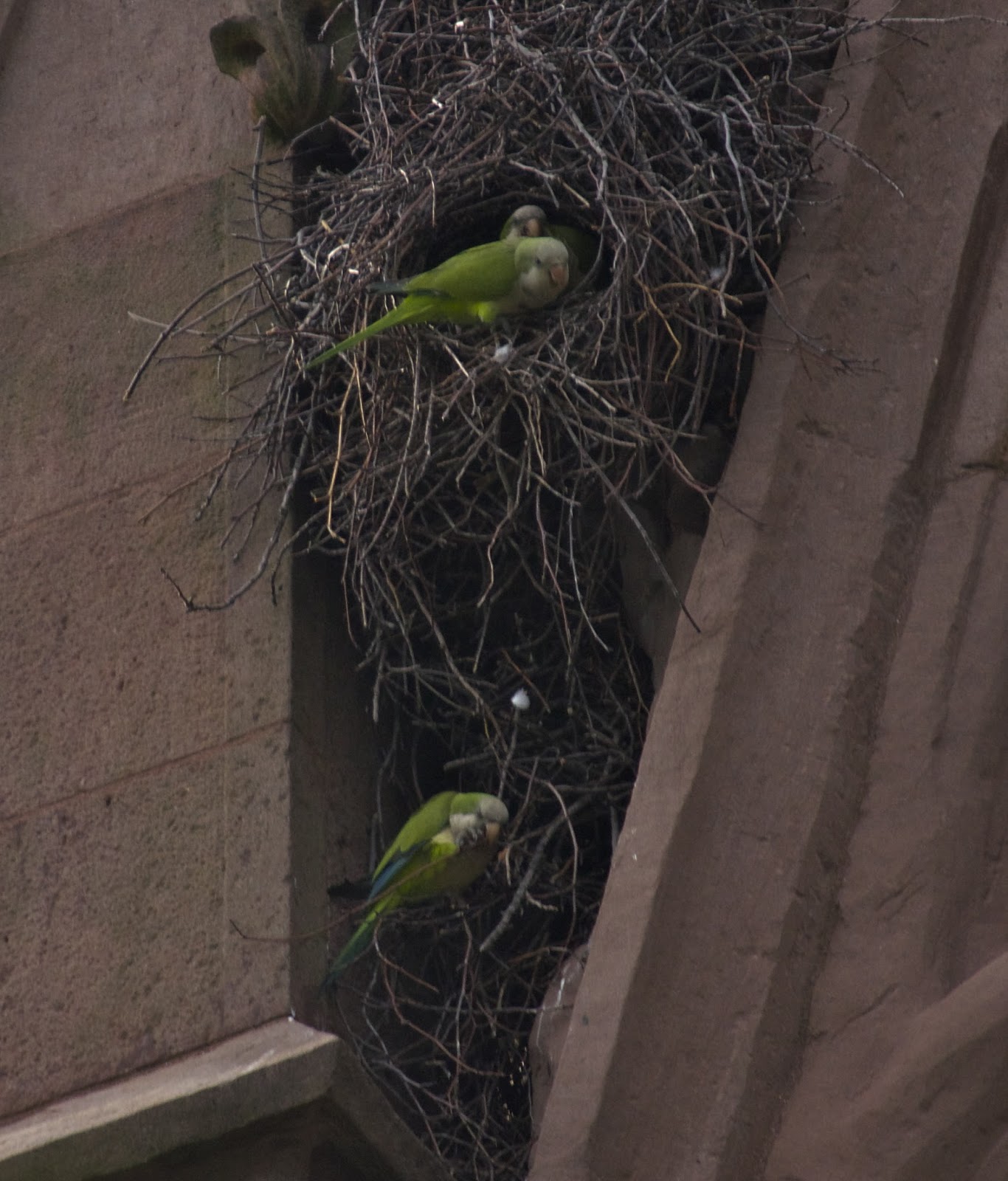 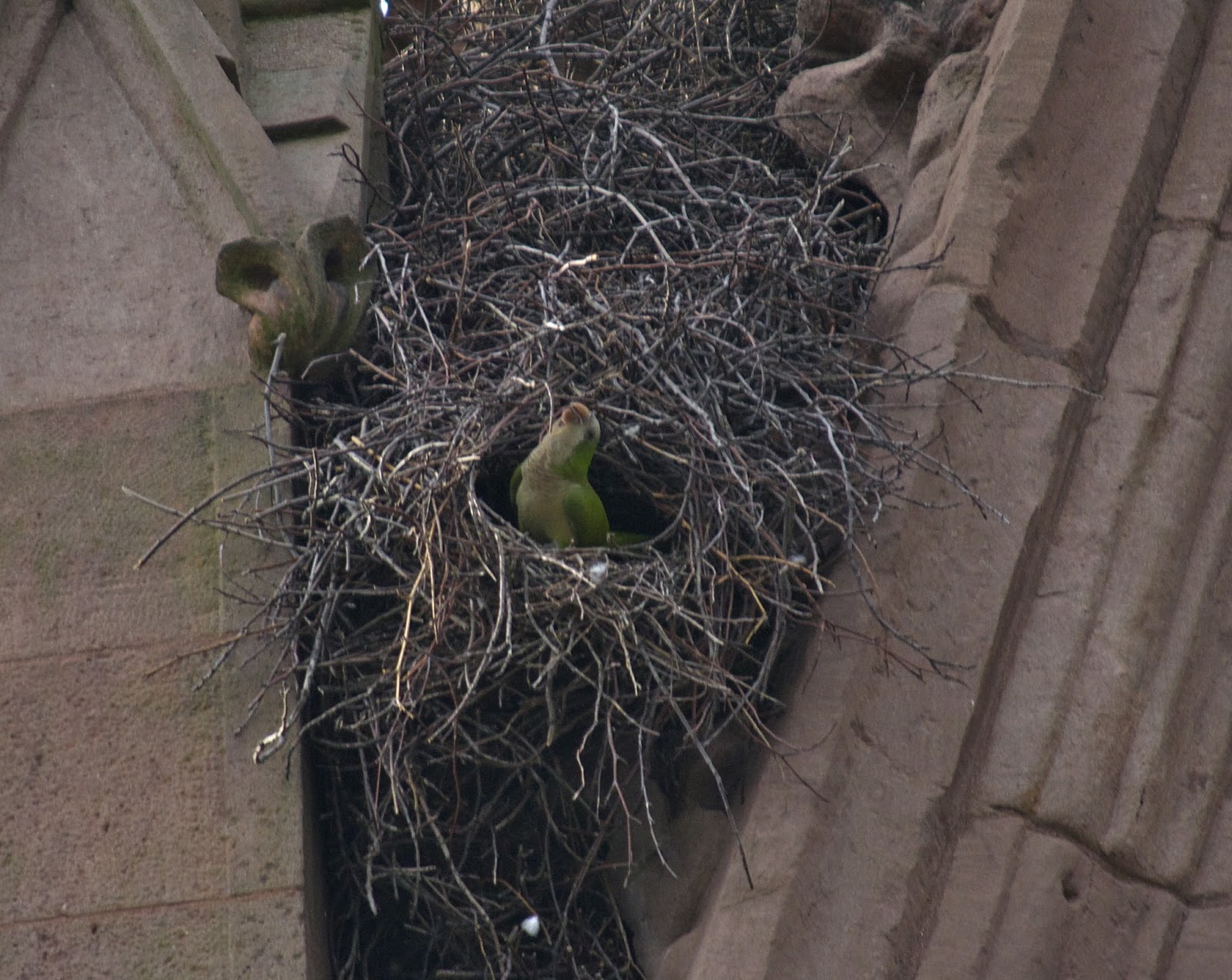 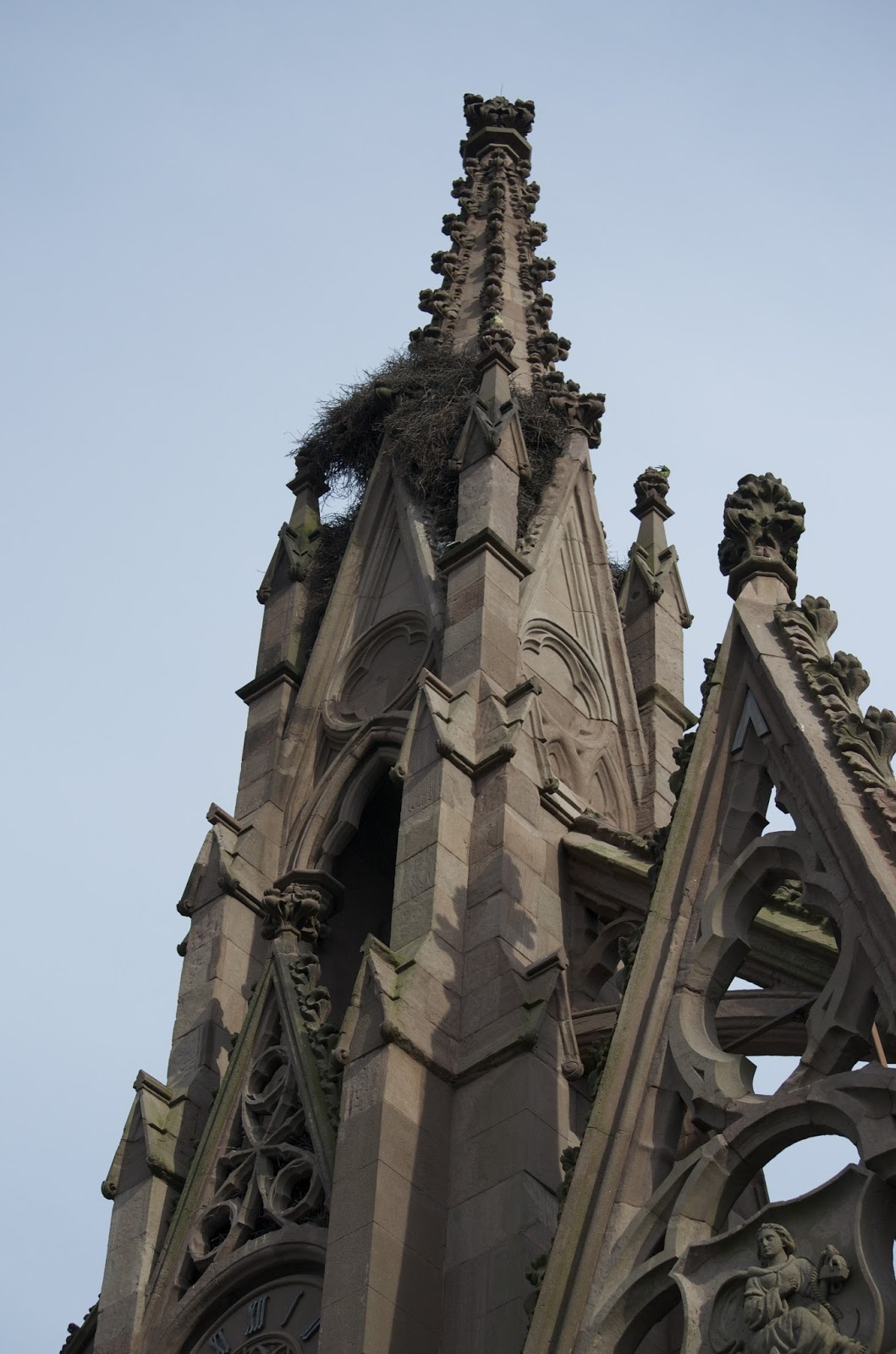 If you are interested in seeing the Quakers, they are easy to find, go to Greenwood Cemetery and enter at 5th Avenue and 25th Street. Their nest is on the arch as you enter. You don't need to go far to find quakers, just follow your ears, they are loud and most likely nearby.

Posted by Jen Kepler at 7:34 PM No comments:

Summer in the City 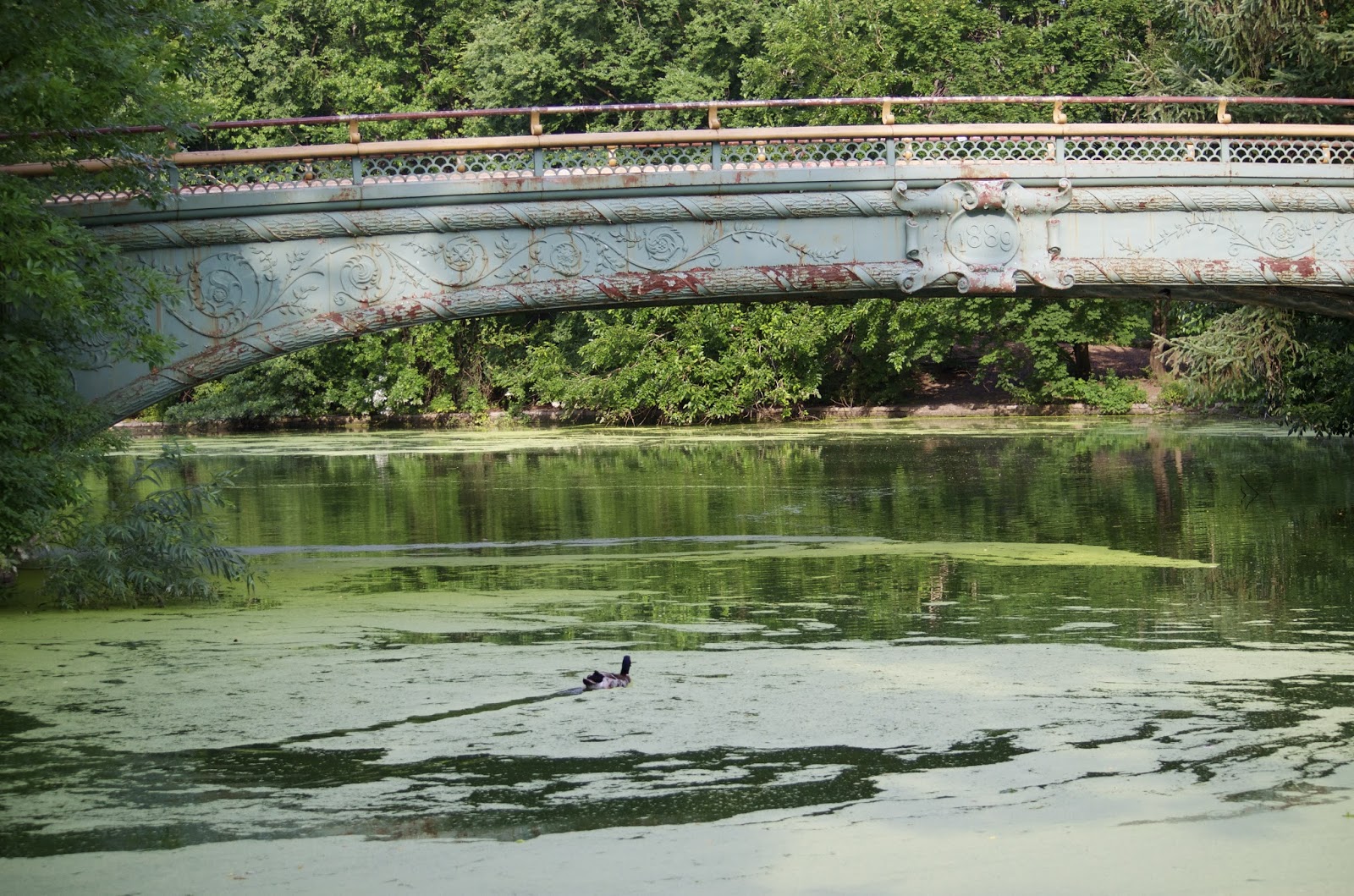 This week has been incredibly hot. I rode my bike (22 miles roundtrip) to and from work Monday through Wednesday (highs were in the upper 90's!), had to take a break Thursday and Friday. The midday heat brings that eerie humid silence to the world, all you hear is the hum of air conditioner units. The birds stop chirping, even the cicadas stop buzzing. I woke up fairly early this morning after falling asleep very early, I actually slept on the couch since that room was most comfortable, temperature-wise.  In my early morning wake-up I decided I'd take a walk in Prospect Park to see who was out in the heat (mind you, it was 7:30AM when I left and already in the mid 80's). 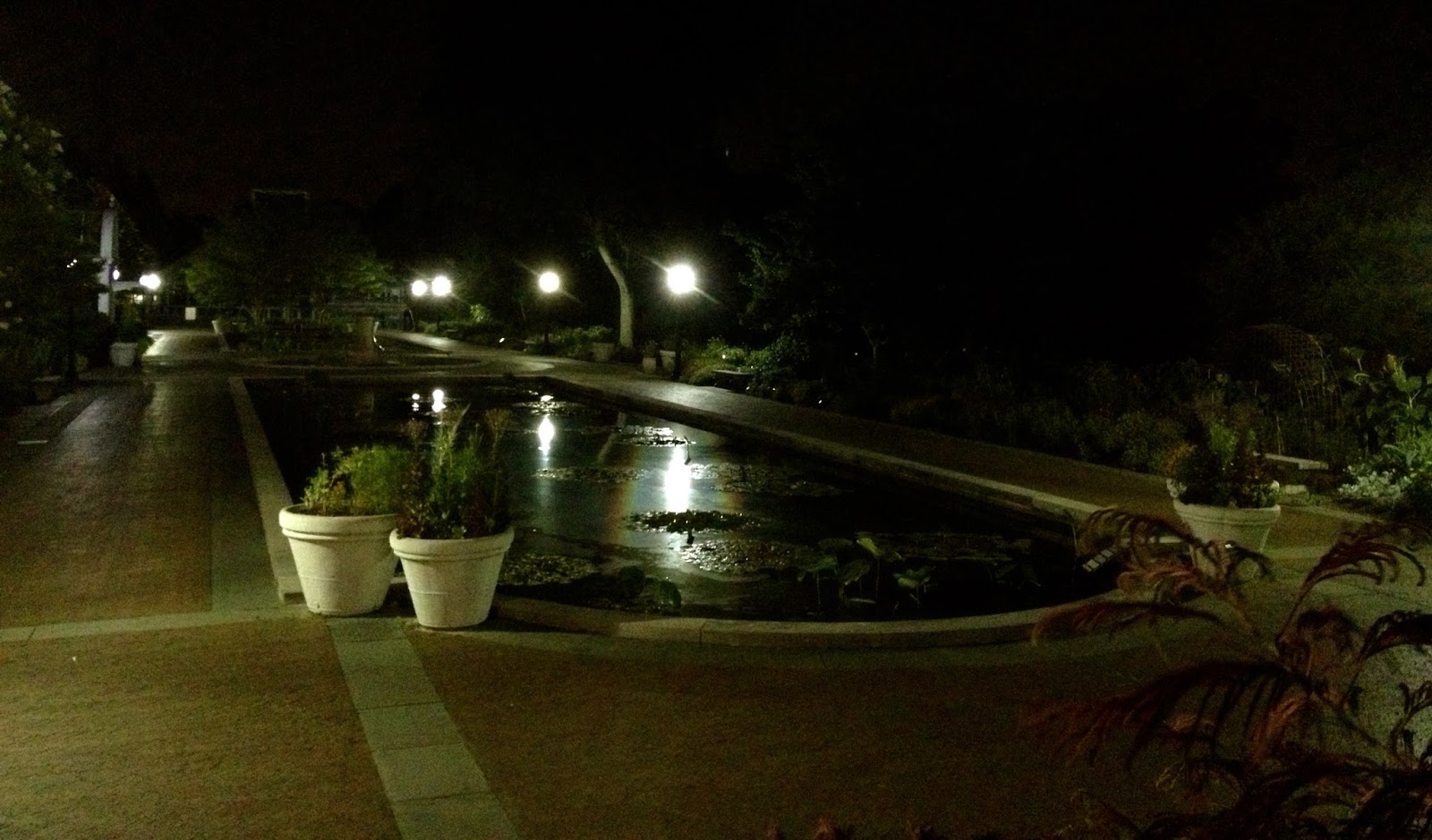 On Wednesday July 17, my husband and I took a class at the Brooklyn Botanic Garden. The class was all about nocturnal animals, but mostly focused on bats. It was very cool and informative, even this kid learned new things!
The bats we saw were big and little brown bats. These bats are here from spring until early fall and then go into a torpor (hibernation) for the winter in caves. Bats are incredibly important especially in consuming insects, especially around these parts. They consume their body weight in insects each night, and each little brown bat weighs as much as two quarters. If you think mosquitoes and moths, that is a lot! Around 1,000 insects.
One issue bats are facing is a fungal infection called white-nose syndrome. This kills off entire colonies of bats, especially those overwintering in the same cave. The fungus thrives in the caves and can be spread by people visiting the caves and carrying and spreading spores around. According to our guide, the bats in the city seem to be stable in number over the last 10 years, showing that they may not have been effected by this fungus.
Being urban bats, our guide has been led to believe that some bats roost right in building crawl spaces, under eaves, and other hidden places that building are full of. He even believes that many may overwinter in some of these spaces, if they can hold a temperature above freezing for the winter.
In the videos, you will hear some radio-like static sounds. That is actually a device that picks up the echolocating made by the bats when turned to the correct frequency, making it audible to our ears, as we normally cannot hear these super high pitched sounds. And since it was dark, I took video, photos were not happening. I used my iPhone, hopefully you can see some of what we experienced. It was really fun, and please don't mind my husband and I chatting over the first video...

Big brown bats flying over the cherry trees at BBG

If you are interested in taking a class at Brooklyn Botanic Garden, check out their website here for a schedule!