I had the pleasure of turning 30 on August 8th (but refuse to ever grow out of my 20's) and decided that instead of the usual birthday shenanigans (which usually involves drinking copious amounts of adult beverages) I decided I would want a more memorable experience. My absolutely wonderful, fantastic, and amazing husband and I took off for Assategue Island for a weekend of outdoor adventure. Also, an amazing way to kick off my personal challenge of an every animal species big year.
We stayed in the nearby town of Berlin, MD at the Atlantic Hotel, which is like a bed and breakfast, without the breakfast. The National Seashore of Assateague Island is only 15 minutes away, and a greasy spoon type joint, called "Bucks," on the way to the park, provided a great place to stop and pick up a breakfast sandwich and coffee to enjoy on the beach.
Upon going over the familiar-ly named Verazanno Bridge, you are introduced to a wonderful barrier island, our first glances supplied us with birds everywhere and ponies off in the distance. And from that point the adventure begins... 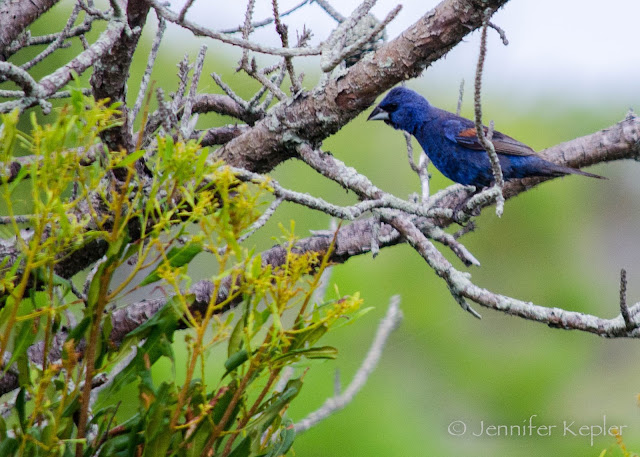 The Maryland portion of Assateague Island can be accessed either by the state park or by the national seashore, which is managed by the National Park Service.
This was only the FIRST half of the day, we drove to Virginia and visited the park down that way too, but I'll get to that in another post.
The species lists for this day, in just this portion of the island is as follows:
Birds: Just see my bird list, here.
Herps: Diamondback terrapin
Mammals: Feral Pony
Inverts: Blue Crab (AND TONS of Mosquitoes)