Yesterday, I decided that I would end my work week with a quick stroll on Plumb Beach before work. Even at high tide, shorebirds were all around running along the surf at the shore. I only had a short time to be out for, I bet there would have been more to see if I had the chance to stick around. As always, no complaints, I am gracious to have the chance to do such things before work- this would have never happened as a public school teacher! 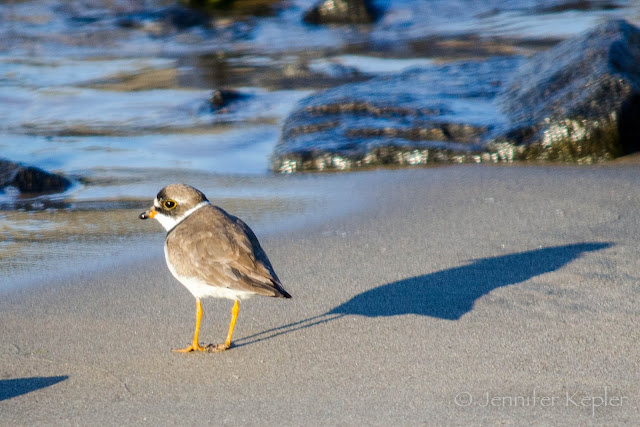 Oh, and bonus wildlife fun... At the Mets Pirates game last night, a little moth friend found me (by flying into my face and landing on my sandal). I claimed him to be a rally moth as a run was scored after meeting him, but apparently his little moth body can only lend so much rally to a baseball game. I would have needed at least 2 more to get a win, haha!