First off, I want to explain to my father, who I know reads this, I promise, Dad, Fort Greene is pretty darn safe, in comparison to your Brooklyn living in the 80's.
Now that the air is clear, I traveled by bike to Fort Greene Park today to seek out a reported yellow-throated warbler, not to be confused with the common yellowthroat. Being April, one would normally be excited to head outside on a sunny day, except for the fact I had to wear gloves on my bike, thermals under my clothing, and couldn't type into my phone because my hands were so iced! Spring, where you at?! Srsly.
I do not know the park well and meandered my way up to the monument, where I found a group had formed, also looking for this warbler. In the end, I met some new folks, saw some familiar faces and we all used our eyes to call out when we had the bird in sight. I find birding to be such a wonderful way to socialize, I have made such great friends through doing this and always look forward to meeting new people while out in the field.
Glad to say, the yellow throated warbler is officially ticked on my list! 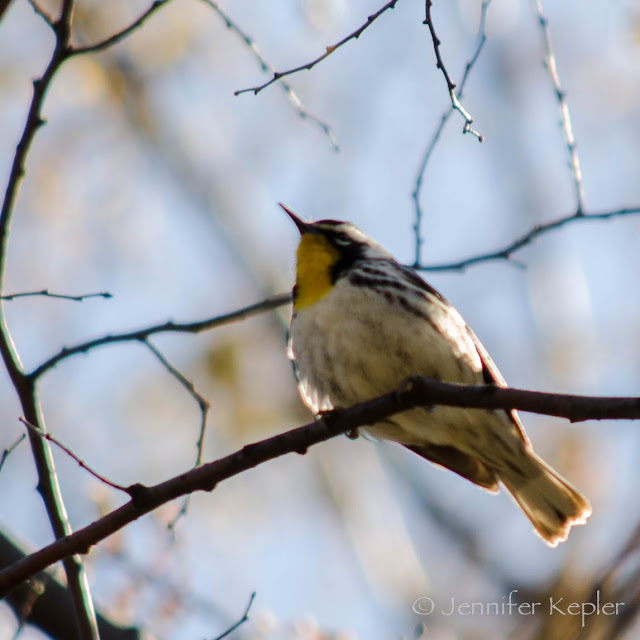