I achieved what I was seeking yesterday, the Glaucous Gull was at the Army Terminal pier, mostly on the water. When it took flight, it would make several passes over the pier, which allowed for some photo opportunities. The bird is stunning, white, standing out well among the many ring-billed gulls that dominate the area in number.
Glaucous gulls and a few other species, like the Iceland gull (a few are in the local area too!), are referred to as white-winged gulls. Unlike the gulls we are most familiar with, like ring-billed and herring, the glaucous lacks the black wing tips like what we are most used to here.
These white-winged gulls are uncommon winter visitors to the area. Yet, it is not odd that they are here, and immature birds tend to be the ones who show up. The bird at the Army Terminal Pier is an immature bird, it's plumage best matches up to a second winter bird and is larger than the ring-billed gulls that tend to surround him. I watched him until he flew into a secluded cove and went out of view.
Enjoy the few okay shots I were able to grab: 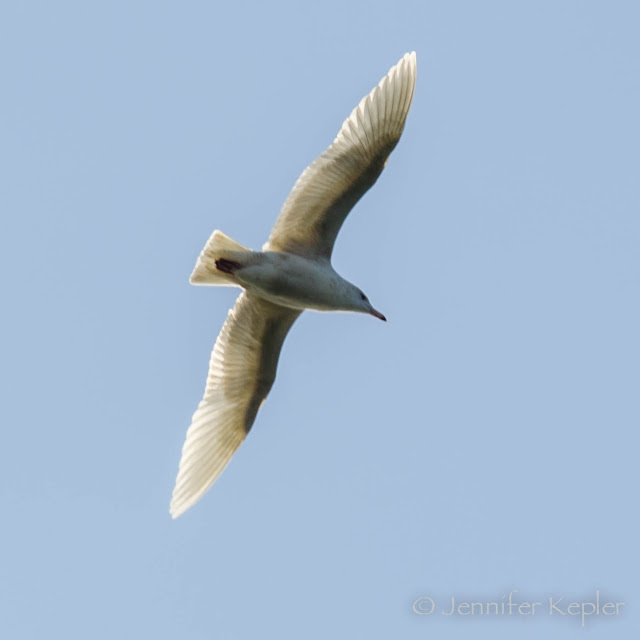 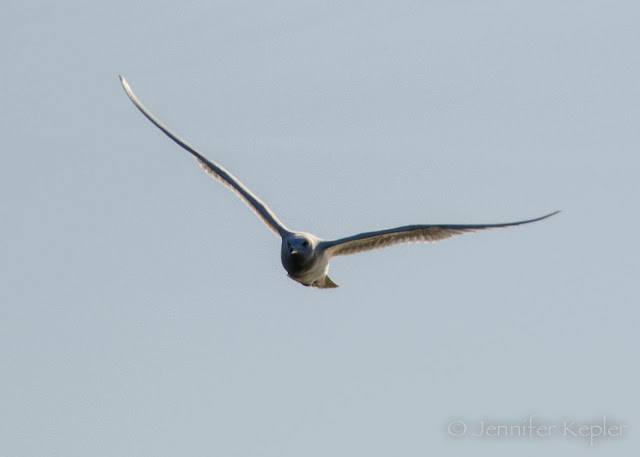 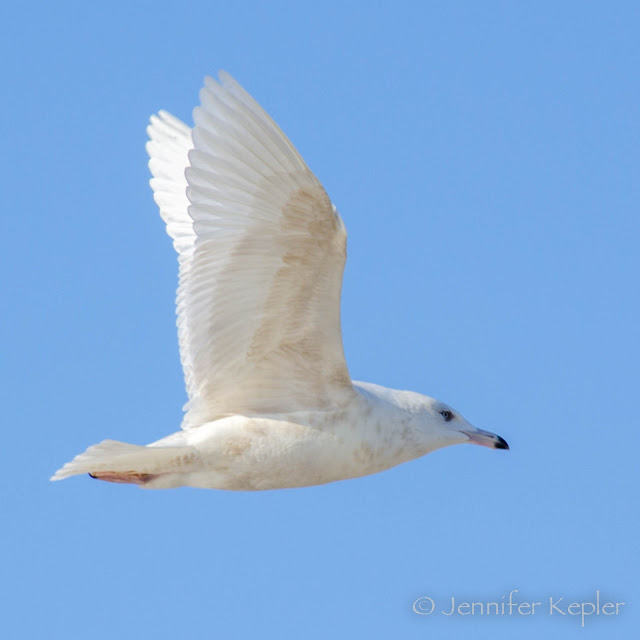 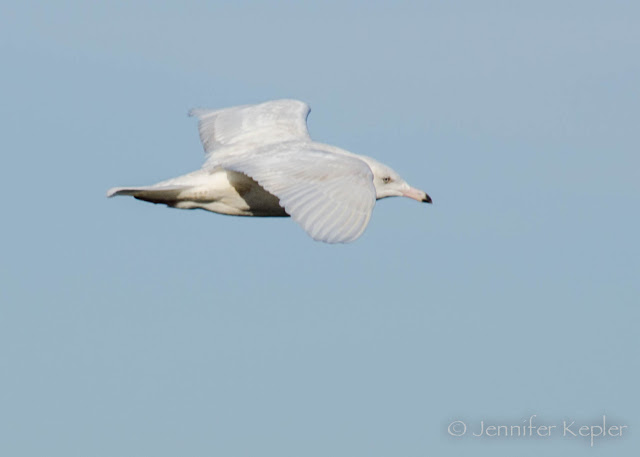 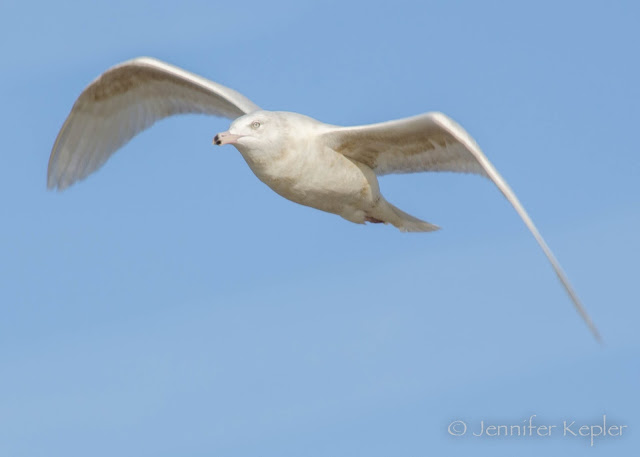