Killing 2 Birds With One Run

*No birds were actually killed in the making of this post!*

I am training for a half marathon (May 7th) and my husband for a full marathon (NYC!). In my efforts to be efficient- I took my long run down to Bay Ridge, Tim joined me and then quickly took off (he is much faster than I).
In being efficient, I was hoping to bird after my run to see some purple sandpipers for my 2017 year list before they head northward. I ran 4 miles from Owls Head/Veteran's Memorial Pier to just before Caesar's Bay along the Belt Parkway Pedestrian/Bike path, I turned around and run back for an 8 mile day. The whole 4 miles out I spied for sandpipers, staking out where I'd head after my run.
I saw a good amount of them, plus scaups, gulls, mergansers and more by the rest stop East of the Verrazano, just before the 14th Av Exit. So, after running back to my car and picking up the pace I drove around and all the birds were still there and I enjoyed a half hour of watching purple sandpipers march and feed among the exposed rocks, a group of greater scaups swimming offshore, and lovely ring-billed gulls dressed in their freshest whites for breeding. 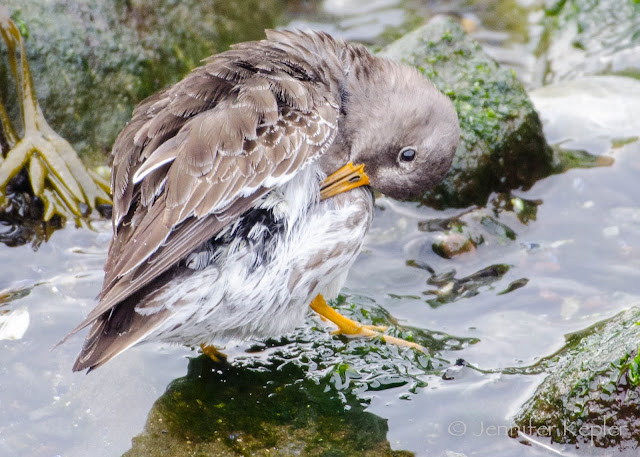 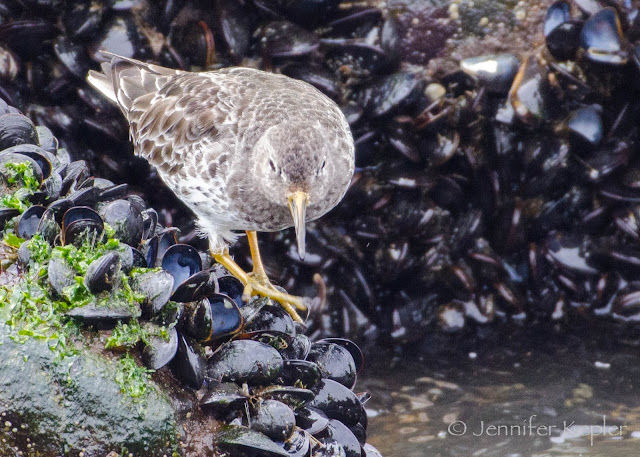