Skipping Through the Sand

I love habitats that occur near water, whether fresh or salty. When you are near the water, there is just so much wildlife gathering there for what ever reasons they may have. I decided to go back to the salt marsh down in Mill Basin, where I last saw my lovestruck osprey pair.
We just ended a few days of rain and after a long foggy morning, the sun came out. All the moisture and plant life made the area humid and with the sun, it was fairly warm. The sun shined strong enough to give me a little color, which for this fair skinned lady is red.
I started my walk down the western side of the basin. I walked along the beach finding many stranded moon jellies who just couldn't escape low tide. I also accidentally disrupted a horseshoe crab. I thought he was dead, and being the person that loves to touch things, I went to pick what I thought was a dead horseshoe crab, but instead it was a rather lively male horseshoe crab. I did my best to return him back to how I originally found him... half buried in the sand. After encountering swans and brant geese along the shore, I wandered down further where I found terns, sandpipers, and plovers. Beyond the beach, a trail heads through a patchy forest with open specs of grasses. I found it so peaceful to be surrounded by green with no signs of the city except for the occasional siren that was muted well by all the leaves around me. I saw some birds and even more exciting lots of insects, including dragonflies, which don't fly much except for on warm sunny days. This female yellow warbler cracked me up, I love the middle picture. 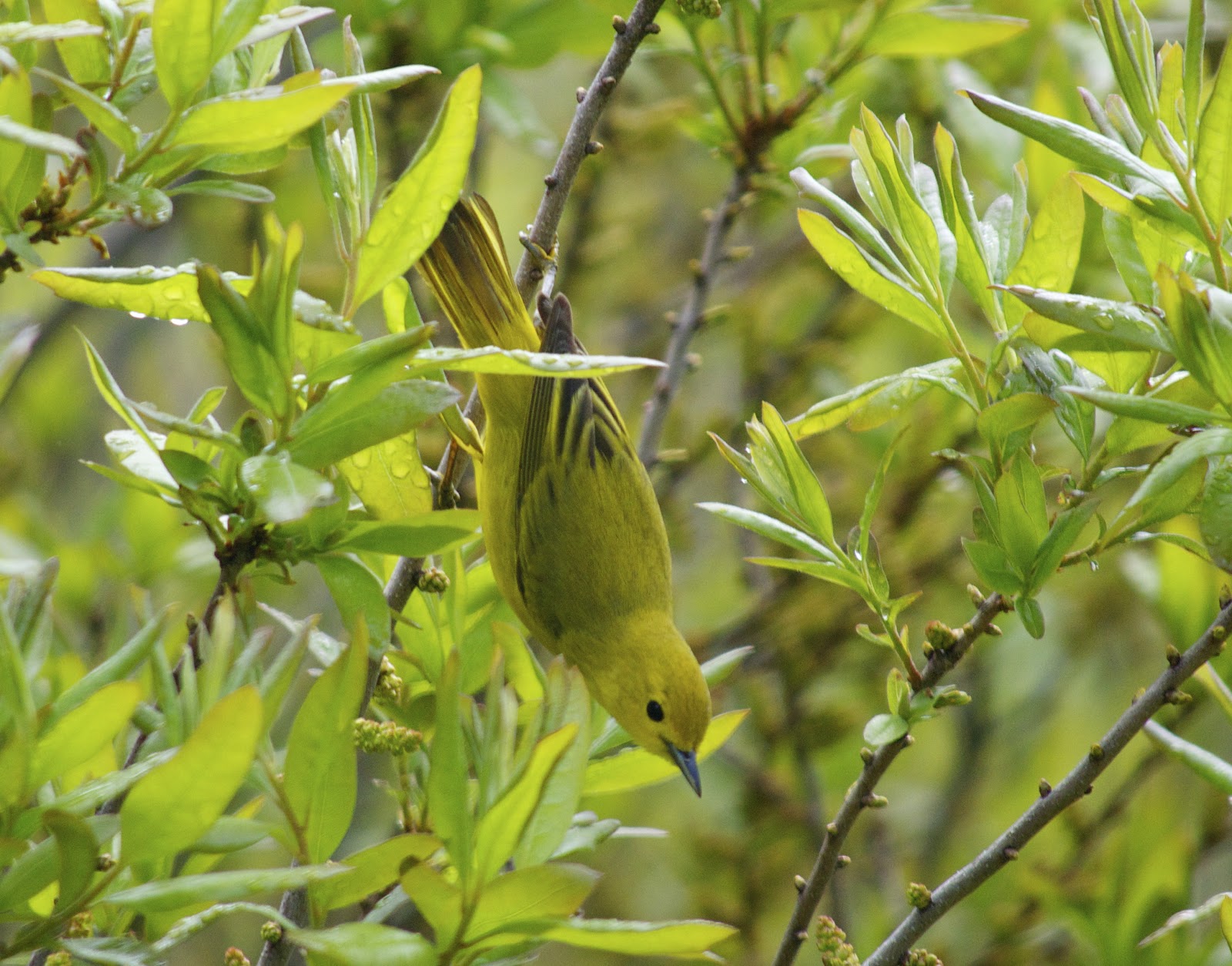 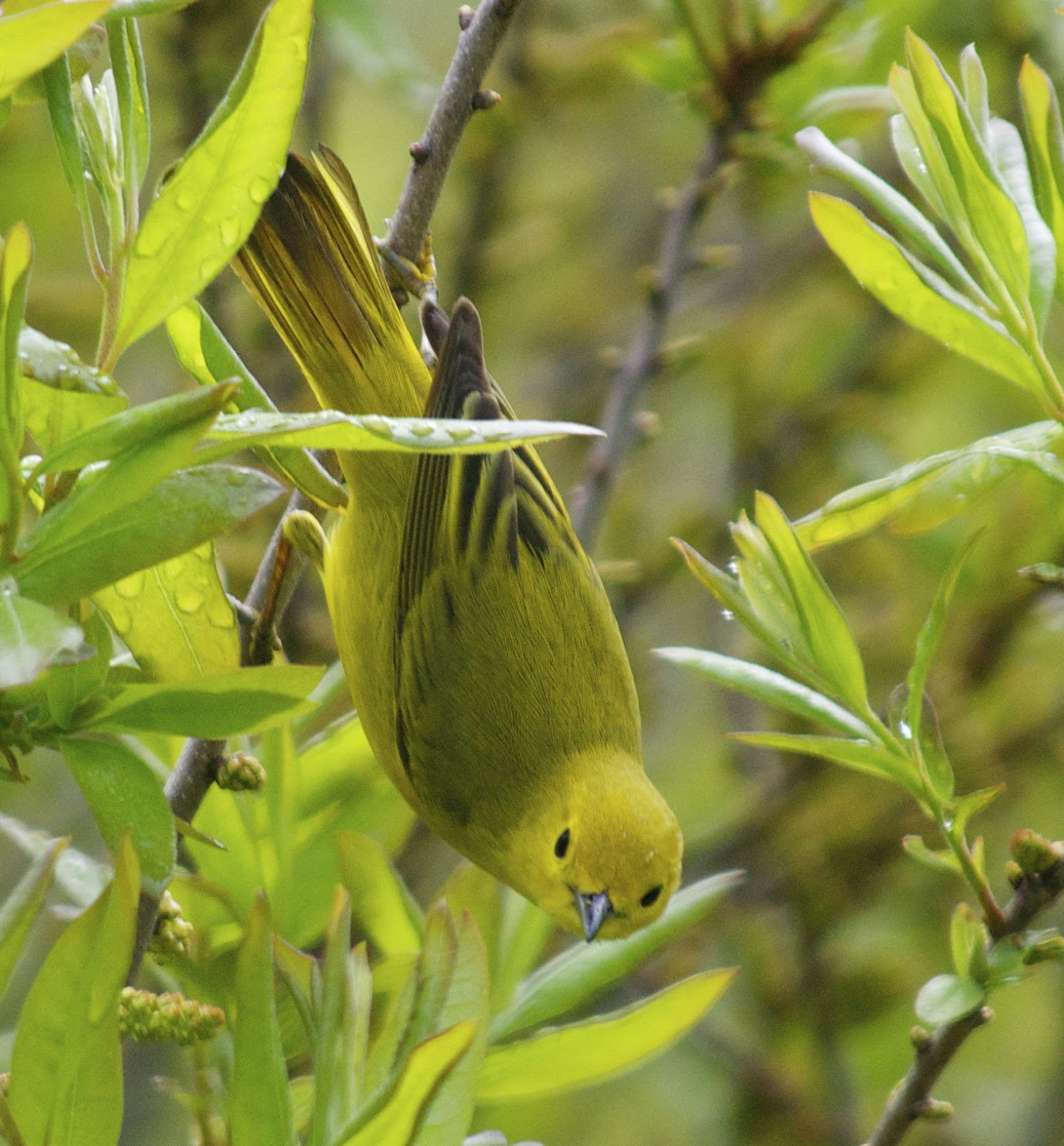 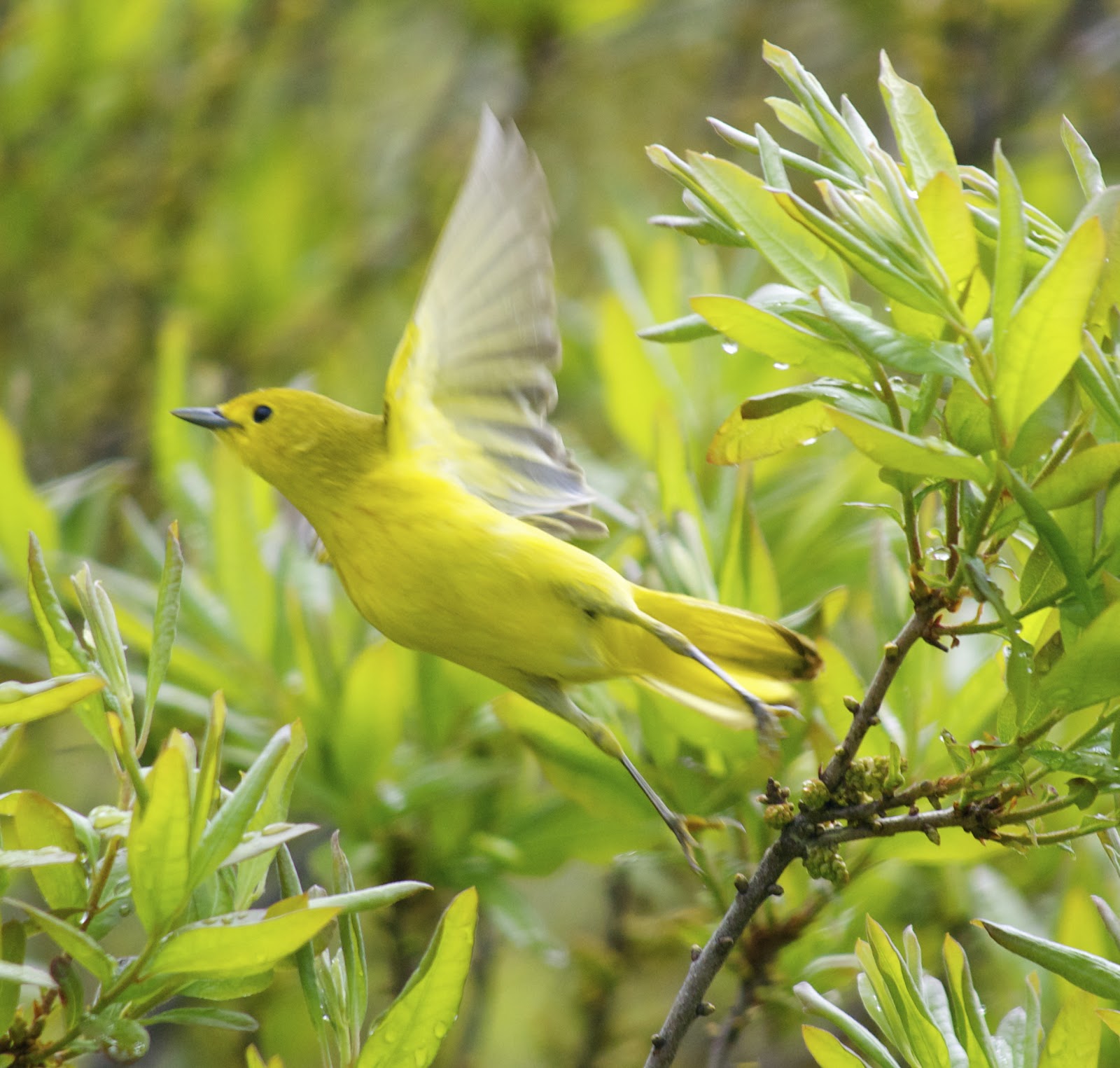 Upon returning to the basin from my walk along the trail, I noticed that a few Diamondback terrapins were sunning themselves on some old pilings. I couldn't help but laugh at one of the turtles that was trying so hard to get a good basking spot but just kept falling backwards into the water. These turtles are protected and regulated in New York state as they were for a while over collected, because they were and are popular as a food source. The terrapins are the only turtle in North America that can inhabit brackish water and in the area, they are found in the space we call the Gateway National Recreation Area.

The osprey pair looked like they had a lot of work cut out for them. One of them was sitting on the nest and vocalizing from time to time. The other was not seen. I sat and ate my granola bar and tried to wait and see if anyone would return, but the sun was beating down on me and I had no sunscreen on (poor planning). I did see an osprey flying around earlier, the other mate could have possibly been off fishing. Looks like I'll need to visit again to hopefully see some chicks if all goes well for them!